As cities around the world meld into multinational corporate-dominated metropolises, everywhere starts to resemble the same big shopping mall. But peel back the sameness and you’ll still find subtle differences. Streetwear and street culture exist in the spaces between the mass-market megabrands, in the lanes away from the boulevards and their monuments to wealth and power. It’s a patchwork of movements, creatives, and influencers that crosses boundaries of language, race, religion, and nationality.

This series explores street culture around the globe. Here, we focus on Cape Town on the southwestern tip of South Africa.

Cape Town can be deceptive. In some areas, you’d think you’re in Miami: palm trees, white sand beaches, off-season models, and third-wave coffee roasteries. But it’s also the 15th most violent city in the world, where nearly 36 percent of the population lives below the poverty line. Apartheid’s legacy becomes visible the second you leave the airport. Add to that 11 national languages and you have a cultural clusterfuck that will enrich your life — if you can get past the more superficial offerings.

Anthony Smith is the founder of 2Bop, a pioneering South African streetwear brand inspired by old-school arcade machines (a “two-bop” is the 20-cent coin needed to play the games in South Africa). Based in Cape Town, Smith and his brand have witnessed the culture grow from its infancy, playing an instrumental role in its existence in South Africa. We met up with him to get a local expert’s take on the city’s ever-growing streetwear scene.

How did streetwear develop in Cape Town? Can you trace its origins?

There was always a sense of innovation around it, especially during apartheid, when there were sanctions and a lot of big brands weren’t operating here. You couldn’t actually access product, so you had to be creative and work with what you had — kids literally sewing outfits together to go to the club. It was almost like going to church: you wore your best.

That was also a generational thing amongst older people of color under apartheid. Being systemically degraded at every turn, there was a cultural response of using one’s clothes to express your dignity. That got passed on to my generation. It’s not as visible now, as kids can order whatever they want online and there are less limitations to access.

So how did people get around the sanctions?

Those that could would go to the UK or the US and buy up a bunch of sneakers, videos, and music, bring it back, and resell it. So even though Nike wasn’t officially in the country, they were a big part of the culture on the Cape Flats [an area where people of color were relocated to during apartheid], especially Jordans.

Even though there is no real basketball culture here, the brand has always had this sort of halo around it. It may have something to do with them being more expensive than other sneakers. Living in poverty puts a lot of celebrated status symbols out of reach, but it doesn’t mean people don’t have that same conditioning to want to keep up with the Joneses. You just do it with what is within your reach.

In Cape Town, that was largely expressed through sneakers and cars, and there are strong subcultures built up around both those things that are still thriving now.

Was the government actively censoring media that focused on street culture?

It wasn’t so much about censorship, although that was definitely in place. It was just a niche culture in a time when getting access to anything obscure was difficult. You had to know people who knew people in the US or UK, or have the means to go there yourself. People would come back with VHS tapes of hours of Yo! MTV Raps and they’d make copies, which were like gold.

I grew up skateboarding, so if you did actually get your hands on a video and had a friend that knew the dark art of VHS piracy, you were king.

How do you think politics affected the way youth culture expressed itself?

I went to a segregated school that only people of color attended, so I didn’t really get to mix with white kids. I started skating around ’92, when the ANC [African National Congress, Nelson Mandela’s political party] was unbanned. Mandela had been released and it was pre-democracy, when the spaces between the races were being renegotiated.

We would want to skate dope shit and there was a quarter-pipe at the beachfront, which used to be a whites-only area. So when we were allowed to go to spaces we weren’t allowed to before, we would go and skate and meet the other kids. There was an optimism and curiosity, and people wanted to learn about each other.

Rave really captured that emerging “rainbow nation” mentality back then, too — new genres of music, new ways of clubbing, new drugs. It had a sense of renaissance about it, people socializing together that didn’t before. South Africa had a strong cultural connection with the UK because it used to be really easy for a South African to get a UK visa. They’ve since made it really hard, but in the ’90s there was a big exchange, so electronic music and fashion had the next biggest influence after hip-hop.

Where would you take someone to give them a sense of what Cape Town is all about?

Cape Town is still one of the most divided and colonial-feeling African cities. On the surface now it would be hard to find places that showcase design by local people of color. For an international person to come to Cape Town and find out what was happening, they’d have to follow certain creatives on social media.

Cape Town is very gentrified and so access to commercial spaces for people without legacies of cash is a big obstacle. Maybe because of this there is a real DIY approach to getting up. There is a strong link between underground club culture and fashion, so if you follow a local brand they are likely to throw a club night, too, and through the artists they collaborate with, you can get a sense of what’s going on. Cape Town just makes you work a bit harder for it.

Corner Store CPT showcases local menswear and streetwear brands; Uppercut and Yours Truly café will point you in the right direction for a night out; Globalize Yourself Stereo and The Other Records are great sources for what’s happening in electronic music. I don’t want to give away too much — people have to do their own exploring. Those are some solid starting points, though.

Can you describe what Cape Town’s streetwear scene is like today?

Current street fashion in Cape Town speaks to all these historical and cultural influences, but now there is access to international product, so you see really interesting combinations of the local aesthetic woven together with global trends. It’s hard to define Cape Town style because there are so many different points of cultural origin here. If there is a unifying aesthetic, you could say it’s laid back, understated.

We are a coastal city and Table Mountain dominates the skyline from every angle, so that sense of being part of nature may be at work, too, if only unconsciously.

Are there any local brands you think people should check out in particular?

Food is a little different because of the huge amount of capital it takes to start a restaurant here. On the surface, Cape Town has all these artisanal food businesses with hipster aesthetics that are relatively easy to find, but there are off-the-grid food spots like Side Wing that do the best burger in the world and operate out of their house on the Flats and you have to order through social media.

The Ceviche Bar operates in a similar way, by using social media to showcase their offerings and doing pop-ups and markets. That’s very Cape Town — that thing I mentioned before of doing the best with what you’ve got and finding ways to innovate around the obstacles. The quality that comes out of that process is on a whole other level. Definitely worth the effort.

For more local insights, get the lowdown on Lisbon in Portugal, Brazil, and Iceland‘s thriving street culture scenes. 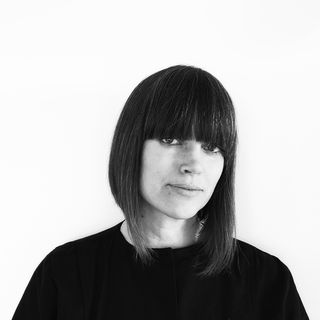 Welcome to Serbia, Where Three Friends Are on a Mission to Make Streetwear Happen
StylesponsoredAugust 5, 2019

Here’s What Happened When Skepta and Gunna Came to Shut Down Berlin
MusicsponsoredJuly 17, 2019

How the UK’s African Diaspora Came to Dominate the Country’s Music Scene
MusicsponsoredJuly 3, 2019