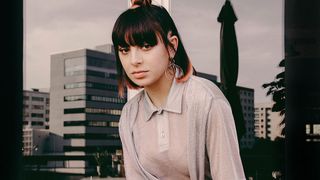 ‘Real Talk’ is Highsnobiety’s in-depth interview series where we dive deep into the minds of some of the most talented artists on the scene. This week, we’re featuring Charli XCX, pop’s dark princess who is redefining how an artist engages with the industry.

There is simply no one working in the realm of pop music like Charli XCX. The precocious Briton who can churn out electro earworms with effortless aplomb has created some of the most radical, experimental pop of the decade (usually with a host of PC Music-affiliated artists such as A.G. Cook and SOPHIE), all while casually reinventing the entire industry model of release. In the past year alone, she has released two mixtapes and a cadre of highly polished singles with an album assumedly on the horizon. Needless to say, we’ve come a long way from the girl who blared out of car radios around the planet with the ubiquitous hook she penned for Iggy Azalea’s “Fancy.”

Charli sat down with Highsnobiety‘s Music Editor Jake Boyer for the latest edition of our ‘Real Talk’ series. Watch the full interview above to hear how a house party inspired the creation of her new single with Troye Sivan, “1999,” how she got her start playing raves as a teenager, and the story behind last year’s iconic “Boys” music video.

15 Drops
The 15 Best Products to Drop This Week & Where to Buy Them
SelectssponsoredSeptember 29, 2019
Follow
Highsnobiety Music
What To Read Next
Load More
Search Results
Load More