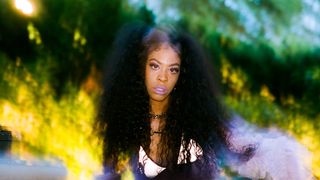 ‘Real Talk’ is Highsnobiety’s in-depth interview series where we dive deep into the minds of some of the most talented artists on the scene. The conversation flows non-stop during these casual sit-down chats which give viewers a better understanding of what it’s like to be one of the buzziest creatives of our time. This week, we’re featuring Rico Nasty, a DMV rapper with the attitude of a rock star.

At the age of 21, Rico Nasty has already accomplished more than most of her peers. Shortly after getting her start on SoundCloud as a teenager, she went viral in 2016 with the hit single “iCarly.” It was during this time that she also befriended Lil Yachty, something she reveals mid-conversation with Highsnobiety‘s Noah Thomas.

Since then, the Baltimore native has gone on to sign with Atlantic Records, dropped a fire mixtape called Nasty and is wrapping up her first-ever headlining tour. Watch the lively discussion go down in the video above.

Stay tuned for more videos from the ‘Real Talk’ series. In the meantime, revisit our exclusive editorial shoot and profile on Rico Nasty right here.