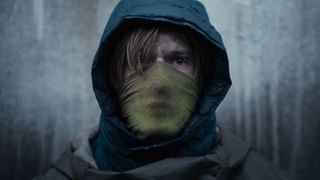 Netflix‘s Dark is touted as Germany’s version of Stranger Things, and the mind-bending drama is now confirmed for a second season this summer, Netflix reports.

Created by Baran bo Odar and Jantje Friese, Dark explores the dark secrets of a non-existent German town across several different time periods. With its use of time travel, wormholes and nostalgia, the action kicks off when two children go missing, exposing “the double lives and fractured relationships among four families.”

The featured season two teaser further delves into the show’s themes as it’s packed with more visuals to get you psyched and frightened for, including mass graves and rumbling tanks, while things seem to be going backwards, despite referencing to the future. The clip then concludes with an eerie caption, “The apocalypse must come.”

Enjoy the one-minute teaser above as season two of Dark hits Netflix on June 21.

The Second Season of ‘Mindhunter’ Is Coming to Netflix
MoviessponsoredJuly 14, 2019