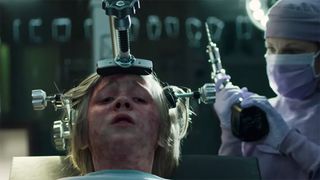 As we are now into October, expect the scary movies and TV shows to release at a rapid rate. One such horror film on the way is Netflix‘s Eli.

Eli centers around an 11-year-old boy suffering from an unknown, debilitating sickness, as he is forced to live life secluded from the rest of the world. After exhausting many options, his parents decide to send him to a clean house facility to be subjected to a doctor’s cutting-edge treatments. The experiments aren’t the only thing Eli has to contend with while at the clean house, however, as the facility tirelessly haunts him during the process.