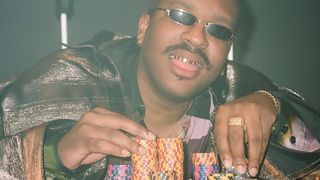 Fresh from announcing a creative partnership with RCA Records, Father is back this week unleashing two new tracks. You can look forward to both “Lotto” and “We Had A Deal” appearing on the Atlanta rapper’s upcoming album, scheduled to arrive later this year.

NEW ? “Lotto ? f. @Abra prod. @Meltycanon” and “We Had a Deal prod. Father” out everywhere!https://t.co/bdffJ5gwMNhttps://t.co/vXM7yvjExQ

Be sure to check back with us for more from Father’s forthcoming album, releasing before the end of 2018 via Awful Records/RCA Records.

Next up, watch Mac Miller’s video for new song, “Self Care.”

Grimes Shares New Single “My Name is Dark” Off Her Upcoming Album
MusicsponsoredNovember 30, 2019