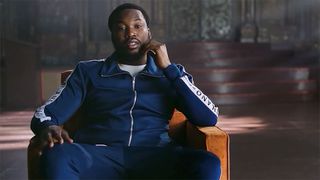 Amazon Prime just dropped a new trailer for its upcoming documentary series Free Meek. The show dives into Meek Mill‘s highly publicized battle with the US criminal justice system, exposing its flaws and shining a light on it for others in similar circumstances. Watch the trailer above.

Executively produced by JAY-Z, the five-part series chronicles Mill’s time behind bars. It looks at how and why his five-month sentence for parole violation sparked outrage around the globe and the resulting movement, #FreeMeek, for which the docuseries is titled.

Mill, now a symbol of criminal justice reform, posted the first trailer back in March, stating that the show explores events that have haunted him. Revisit the first look below.

#FreeMeek explores my life and the flaws in the criminal justice system that have haunted me and others like me. Coming this Summer on @amazonprimevideo 📽🏆