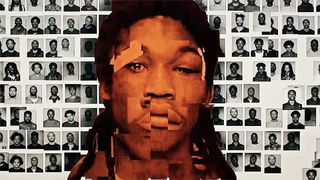 Meek Mill has just shared the first trailer for Free Meek, an upcoming documentary series that will explore his experience of the US criminal justice system. Watch above.

Posting the video on Instagram and YouTube, Mill revealed that the show will drop on Amazon’s Prime Video this summer, noting that the narrative “explores my life and the flaws in the criminal justice system that have haunted me and others like me.”

#FreeMeek explores my life and the flaws in the criminal justice system that have haunted me and others like me. Coming this Summer on @amazonprimevideo 📽🏆

The rapper served five months for parole violation and was released in April 2018 after being denied bail several times. His jail time provoked outrage from fans and peers alike, including JAY-Z, who serves as executive producer on Free Meek. JAY-Z is joined by fellow executive producers Eli Holzman, Aaron Saidman, and Paul and Isaac Solotaroff.