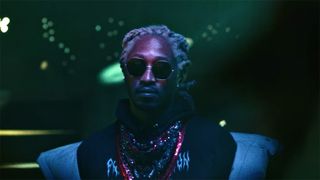 Future’s “F&N” video is a decidedly futuristic affair, complete with bullets whizzing around the rapper, bright lights, and ladies dancing in glow-in-the-dark outfits. Press play above to check it out.

Again, “F&N” is taken from Future’s seventh studio album, The Wizrd, which arrived earlier this year. With features from Travis Scott, Young Thug, and Gunna, you can revisit the LP below. Also, be sure to remain on the lookout for Future’s upcoming collaborations with Elton John and Drake.