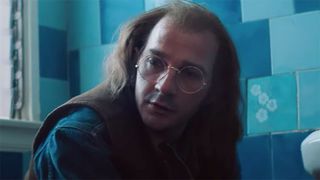 Shia LaBeouf‘s tumultuous career has been well documented by the media, but in his new film Honey Boy he takes a long, hard look in the mirror by directly addressing his life’s ups and downs. LaBeouf plays his real-life father in the Alma Har’el-directed picture about a young actor attempting to reconcile with his dad following a turbulent upbringing.

Noah Jupe (A Quiet Place) and Lucas Hedges (Boy Erased and Manchester by the Sea) star alongside Shia, portraying a younger and older version of Otis Lort. Lort’s life is based on that of LaBeouf’s. Again, LaBeouf plays his own father, an ex-rodeo clown and a felon. FKA twigs also appears in Honey Boy to make her feature film debut, playing a friend to the younger Otis.

In addition to starring in the film, Shia is responsible for the screenplay, as he has tamed up with award-winning filmmaker Alma Har’el who directs his feature narrative debut. You can look forward to Honey Boy coming to theaters November 8.