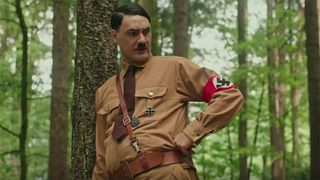 New Zealand filmmaker, actor, and comedian Taika Waititi is getting back to his indie roots following his Hollywood studio debut, Thor: Ragnarok, with a new film set to release this fall. Pegged as an “anti-hate satire,” Jojo Rabbit is based on Christine Leunens’s 2004 book, Caging Skies, centering around a young member of the Hitler Youth in 1940s Vienna, as his mother is hiding a Jewish girl in their home.