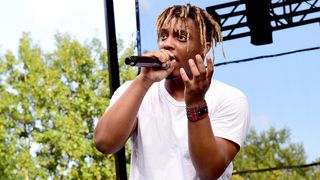 Directed by Cole Bennett, the visual highlights the 19-year-old musician preparing for a show, with actual concert footage interspersed between. Press play above to check out the new jam, then let us know what you think of the Dre Moon-produced number.

Shot a movie with my brother @_colebennett_ having fun overseas. Video out now #Armed&Dangerous 999 ???

Up next, watch Drake bring out Travis Scott and LeBron James during his LA tour stop.