Juliana Huxtable F*cks With Her Demons

This week’s FRONTPAGE puts the spotlight on Juliana Huxtable, a visual, conceptual, and performance artist (and an author, poet, DJ, activist, & nightlife icon) who embodies the notion of being multi-faceted. Nearly a year after the pandemic has devastated every strata of the art world, we check in to discuss how she’s battling her demons in quarantine-mode.

It’s late fall in Berlin and the nights have grown longer than the days. The trees are dying, the sky has receded from view, and a second lockdown to stem a rise in Coronavirus cases across Europe is under way. It’s a time when people ordinarily think about demons, flesh-eating monsters, trickster spirits, and vampiric beings – but the artist, DJ, poet and club-land impresario Juliana Huxtable has been thinking about them all year.

“The weekend before lockdown was implemented I was DJing in Amsterdam, and since then it’s been a really chaotic kind of psychological pendulum,” the Texas native tells me from her Kreuzberg apartment, which has served the dual function of studio and bunker through much of the plague year. “There was a month where all I did was read and write. I started a new novel, then I did absolutely nothing for a month. Then I worked on music really voraciously, but then I stopped doing that. I feel slightly more stable now, but I can’t tell if I’ve just gotten used to it.”

Huxtable spent much of the last decade in New York. After graduating from studies in literature, art, and gender theory at Bard College, she became a fixture in the queer party scene as DJ, performer, co-founder of the club night Shock Value, and a member of the ballroom family-slash-artist collective House of Ladosha. Some of those friendships originally formed on Tumblr – “A great love and a great collaborator,” she says of the platform, “though we’ve since parted ways” – a virtual twilight realm where Huxtable and others could question and construct alternate histories to the ones she encountered at Bard.

Huxtable’s breakthrough came in 2015 with two major group shows in New York. For Performa 15 she debuted the ensemble performance There Are Certain Facts that Cannot Be Disputed, with music by Elysia Crampton, at the Museum of Modern Art. Elsewhere, at the New Museum triennial, she exhibited text-based prints that gave voice to a Black psychogeography in the city (“IF YOU WALK UP THROUGH HARLEM…”) along with self-portraits which saw her transformed into an avatar-like mythical being. These works incorporate symbolism from sources including the Black supremacist Nuwaubian Nation and the Nibiru Cataclysm, a doom prophecy popularized by a woman from Wisconsin in the 1990s. It revealed an awareness that the assembly of counter-narratives – selectively referred to as “conspiracy theories” – is a form of folk historical production with the power to be both emancipatory and divisive.

Opposite Huxtable’s work stood a plinth on which reclined a luminescent, life-sized nude – Juliana (2015) by the sculptor Frank Benson. This is where the first of our demons come in. “I was the subject of a scam in which my likeness was printed over and over again, and sold to mega artists like Takashi Murakami and Richard Prince,” Huxtable says. “All I got was 3K. I still feel some type of way about being used.”

To date, Huxtable has shown work at Reena Spaulings Fine Art in New York and Project Native Informant in London, given lectures and joined panels at the School of the Art Institute of Chicago, the Schomburg Center for Research in Black Culture, Rhizome, and Art Basel, DJ’d at club music’s most beloved pleasure domes, and published two books, a poetry collection titled Mucus in My Pineal Gland (2017), and a sci-fi novella with the artist Hannah Black called Life (2017). She’s also walked runways for Kenzo, DKNY, and Eckhaus Latta, and yet despite the dizzying rush of productivity and attention, has resisted any turn towards moral absolutism or binary thinking.

On FaceTime, as in her work, Huxtable encourages contradiction, especially around subjects many progressives line up to condemn – like growing up going to church. “A lot of aspects of it did objectively suck,” she says, “but it’s not like I grew up in some weird Catholic shame cult or psychotic white evangelical fanaticism. I went to a Southern Black Baptist church. The music was amazing. The way people dressed was amazing. The way people spoke was amazing. The sermons were really poetic and allegorical. It’s like, really lit, and it’s also the most amazing version of the sublime I’ve ever encountered. I totally fuck with the church.”

One thing that does unambiguously disappoint, however, is the “raging cultural amnesia” that surrounds events like the California wildfires or presidential election cycles. “Every time people treat it like this is the one election that’s going to matter. I’m like, did you forget about President Bush? Did you not realize what was happening during the Obama era?” Not all malevolent forces are as transparent as Donald Trump. I ask her view of Kamala Harris, who had just been nominated as Joe Biden’s VP pick when Huxtable and I first spoke. The response is notably unequivocal: “Opp.”

It’s said that stories about vampires often increase before empires collapse. Yet something we tend to forget is that it’s not the pain of being bitten we fear but the overflow of ecstasy it brings – an encounter with unstoppable emotion. “I AM NOT ONE FOR THE FAINT HEARTED,” warns the text that accompanies Huxtable’s most recent exhibition Infertility Industrial Complex: Snatch the Calf Back. “COMPREHEND THE VIOLENCE I’VE ENDURED.”

Huxtable was born intersex and initially assigned as male, transitioning in adulthood and drawing the multiple oppressions of being female, Black, and trans into her work – not to decode them, but to push them into new territories. For Huxtable, questions of gender are not an end but a tool for critical work on everything from political and subcultural aesthetics to trans speciesism and evolutionary biology. It brought her to the question of epigenetics – the way historic traumas can affect DNA and pass between generations.

“So much of how the world is processed is filtered through the lens of identity,” she says. “Something like epigenetics is interesting to me because, for the most part, it’s been used as a justification for some type of essentialism where it’s like this is why black people behave this way or have these health issues.” But if you zoom out and resist the simplest interpretation you see that “anything and everything around us, like my interaction with the tree when I was three years old, could be carried in through like some sort of epigenetic inheritance. It actually makes the world even more beautifully chaotic. It doesn’t make it more of a narrative that supports a kind of cultural and biological and racial and gender essentialism. It actually undoes that.”

It’s a subject that features in her forthcoming novel, the one she began working on in quarantine, in which a Monsanto-like agricultural corporation produces GM oranges by isolating an insecticide in the saliva of certain bats. Years later, a young girl descended from orange farmers dreams of bats at night – taking this as simply part of her experience in the world.

“I love the gothic motif of a tragic flaw or transgression from the past that comes back to haunt characters or families,” Huxtable says. “Relating that to epigenetics is really fun ‘cause it’s a way of merging hauntings and revelations with almost like a sci-fi take.”

“I kicked off my quarantine binge with this Leila Taylor book called Darkly,” she says, reeling off a list of texts she’s been feasting on, from Toni Morrison to Dracula. “It establishes a sort of creative, affective relationship between American blackness and cultural production with a goth and gothic sensibility.”

One unexpected positive of 2020 has been its invitation to form new relationships with the non-human. “I love that there’s been so many forest raves this year,” Huxtable says, “though I’m using ‘rave’ for lack of a better term. I love that it’s also hiking. It’s a weird nature trail. I’ve been taking a lot of acid so it’s an opportunity to be a psychonaut. By the time you get there it’s probably 2am already. Because we’re in a northern European summer environment by five the sun is out. And seven to ten is kind of sublime. I really like the idea that Corona has cut off the nightlife industrial complex, especially in a city like Berlin, and prompted much more creative, much more interesting relationships to going out.”

As the temperature sinks further, the ground freezes, and we put the comic horror LARP of Halloween behind us, it’s traditional to plan for a cozy holiday season. But this is a strange year. The demon Coronavirus continues to spread among us. It’s worth recalling a key detail from folk tales that demons are seldom vanquished but force us to find ways of living alongside them.

Many have become fixated on spring and the opportunity for renewal it brings. Yet this would be missing the most important lessons of the pandemic, the conditions for which were created by us, and to forgo the productive alchemy of the long and difficult nights ahead.

“THIS IS NO PERIOD PIECE IN BLACK / SORCORESS COSTUME IN SPRING / OR A LOVE SONG FOR A FICTIONAL PALE FACED VAMPIRE,” Huxtable’s Infertility text concludes. “IF THERE IS A DARK QUEEN / I AM HER / AND SHE IS ME.”

Before returning to the Brandenburg forests, Huxtable is once again focused on the dark forest of her online community – launching a new venture selling prints to overcome the familiar beast of financial dependency.

“So much of what I do essentially either requires that I’m totally beholden to the art economy, which is run by weird plutocrats, and then, you know, festivals and things which I like love playing but they’re not available. So I’ve been really trying to think of ways I support myself but also get what I do out to people that doesn’t have to be mediated by an institution, a festival, or, or wealthy people and the kind of infrastructure that they’ve built.”

Some might call that merch. “That word is kind of the electric chair to me,” she laughs. “But I am excited to make it so you can just buy a poster. Like, I’m excited that you don’t have to go to a museum to see my art. You can just have it in your house. I hope I can start making things for that purpose – producing for people that actually fuck with me and support me but aren’t wealthy. I think that’s cool.” 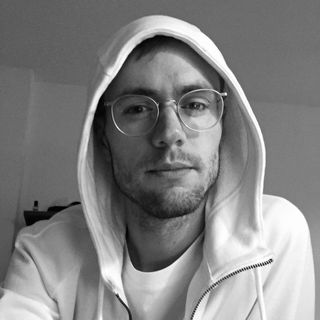