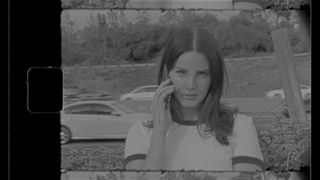 Lana Del Rey is known for spreading summertime sadness so the fact that we almost went the entire season without a new song from her felt so wrong. Luckily for us, the singer-songwriter is usually a few steps ahead and always has something in store for her devoted followers. Last week, she took to her social media accounts to announce that she’ll be releasing two singles this week.

The first track is a collaboration with Jack Antonoff called “Mariners Apartment Complex” which also comes with an accompanying visual. Last month, Lana shared a few behind-the-scenes photos of her and Atonoff in matching beige pantsuits. This marks her first new material since 2017’s Lust For Life LP, although she did team up with BØRNS on a few tracks off his debut album that came out earlier this year. Stay tuned for more!

In other news, Clairo teams up with Skate Kitchen in the video for “Heaven.” Peep it right here.