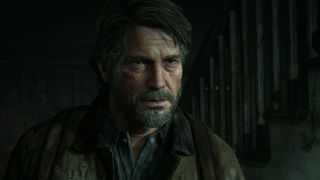 In the latest “State of Play” stream from PlayStation, fans finally got an official look at the cinematic story for Last of Us Part II.

Taking place a few years after the first title, Ellie, now 19, has found peace and normality living with a community in Jackson. However, when that peace is disrupted by a violent act, she’s thrust back into the brutally dark world seeking retribution to the gang that wronged her. From gun fights, clicker attacks, and many wounds, Ellie’s journey is a physical, emotional, and mental one.

By the end of the trailer, we pleasantly find out that she doesn’t have to go at it alone. Joel, the main protagonist of the first game, finally makes his debut in the sequel joining Ellie.

So, when will get our hands on Joel’s and Ellie’s next adventure? The trailer reveals the release date for Last of Us Part II, which will be out on PS4 on February 21, 2020. Watch the trailer above.

Everything We Know So Far About HBO’s ‘Parasite’ TV Series
MoviessponsoredFebruary 12, 2020
What To Read Next
Load More
Search Results
Load More