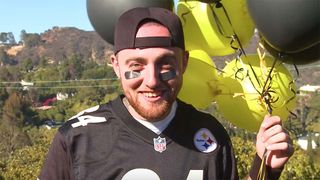 A little more than five months after the passing of Mac Miller, LA-based collective Illegal Civilization shares a new tribute video remembering the late musician. The two-minute clip includes unreleased footage of Mac, in addition to an appearance by Na-Kel Smith and a freestyle by Vince Staples.

Watching this brings tears to my eyes. We love and miss you Malcolm. Full tribute on YouTube now.

Miller previously appeared in a short film by Illegal Civilization that premiered in 2017. It seems that some of the clips from the new tribute are taken from that particular project.

Illegal Civilization’s Mac Miller tribute predominantly pictures the departed rapper on music video shoots and in the studio. One of the key moments from the piece comes when a colleague of Mac’s speaks on how special he is.

Another Unreleased Mac Miller Track “One and Only” Has Just Leaked
MusicsponsoredOctober 5, 2019