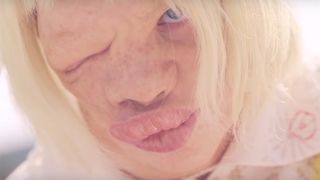 Hereditary director Ari Aster has another horror film in the pipeline, as today we get our first look at Midsommar from A24.

This summer, you're invited to a celebration like none other. #Midsommar is coming. 🌻 pic.twitter.com/XgVXrvg2yR

Midsommar centers around a couple who ventures to a Swedish village for a quaint getaway. Shortly after their arrival, they are invited by the locals to participate in a series of rituals that quickly take a turn for the worst.

For now, this is all we have on the cult thriller, which you can get a feel for via the teaser trailer above.

Midsommar is due out this summer.

A24 Continues Its Reign of Unsettling Horror With First ‘The Green Knight’ Trailer
MoviessponsoredFebruary 13, 2020

A24’s ‘Saint Maud’ Looks to Be One of the Year’s Most Disturbing Horror Films
MoviessponsoredFebruary 26, 2020
What To Read Next
Load More
Search Results
Load More