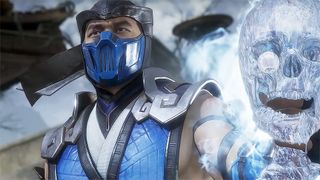 After announcing the arrival of Mortal Kombat 11 via an extremely savage teaser trailer at the end of last year, developer NetherRealm Studios has dropped three new videos that deliver a closer look at what we can expect from the new installment in the franchise.

During a recent live event, the studio showed off gameplay footage (above) alongside a prologue trailer and a fatalities trailer, providing glimpses into the game’s narrative and those classic, gornographic killer blows.

The fatalities trailer (below) serves to remind us of the franchise’s particular brand of gratuitous violence. For those unfamiliar with the series, in the Mortal Kombat games, every character boasts specific ways of executing and dismembering their tottering opponents once the player is called to “FINISH HIM” (or her).

In terms of narrative, the game will pick up where Mortal Kombat X left off and is set to feature a new antagonist called Kronika. Watch him in action below.

Here Are All the Best Video Games Out This Month
LifestylesponsoredApril 17, 2019