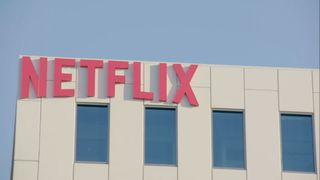 Netflix vs. the World is an upcoming documentary that chronicles how the once broke Silicon Valley startup and its years-long struggle against competitors like Blockbuster and Amazon, turned into the world’s largest streaming service and production company.

Directed by Shawn Cauthen, the trailer above spotlights Netflix‘s two-decade journey, as author-journalist Gina Keating interviews a number of people involved in the company’s early years as well as entertainment industry observers.

The documentary also explains the rise and transformation of home entertainment, content production and the entertainment industry itself through the voices of its founders and rivals, as well as behind-the-scenes drama and disasters the company faced along the way.

A release date for Netflix vs the World has not been announced yet, but you can visit the official Kickstarter page by clicking the bar below.

In other upcoming Netflix content, Chance the Rapper, Cardi B, and T.I. will search for hip-hop’s next star in this new series.

Search for ‘The Legend of Cocaine Island’ in New Netflix Documentary
MoviessponsoredMarch 15, 2019

‘The End of the F***ing World’ Season 2 Trailer Introduces a New Character
MoviessponsoredOctober 25, 2019
What To Read Next
Load More
Search Results
Load More