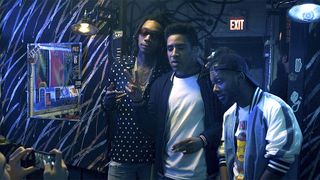 KYLE is having one hell of a 2018. After releasing his debut album, Light of Mine, and starring in McDonald’s and Sprite’s “That’s the MIX” campaign, the California musician now has his sights set on the film industry, as he is starring in Netflix‘s new original film, The After Party.

KYLE portrays Owen, an aspiring rapper who has gone viral for a rather unfortunate reason. While he thinks his career is likely over before it ever begins, the ambitious artist is taking advantage of one more opportunity to land a record deal, by attending a wild NYC after party.

The After Party hits Netflix August 24.