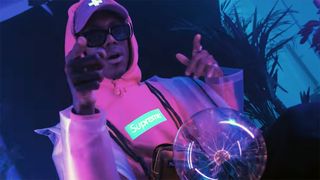 French-British rapper Octavian has no doubt experienced a breakthrough 2018. In looking to close out the year on a high note, the burgeoning musician revisits his September mixtape, SPACEMAN, releasing the official ABOVEGROUND-directed video for “Move Faster.”

Octavian will soon be heading out on his biggest headlining tour to date, the ‘EUROPEAN SPACE PARTY’ tour, which kicks off in Paris in February. From there he will travel across Europe, as the trip includes already-sold-out shows in London and Birmingham.

You can see below for dates and locations for the tour and cop tickets here. Following, revisit Octavian’s SPACEMAN project underneath.

For more on Octavian, dive into our 2018 interview with the Drake-approved rapper.