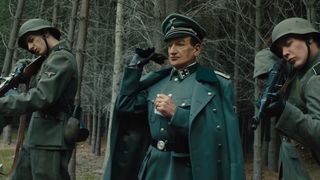 Following his role in Annihilation, Oscar Isaac has been cast to star in Chris Weitz’s upcoming historical thriller, Operation Finale. The film, set in 1960, tells the true story of Mossad agent Peter Malkin, who led in the capture of Adolf Eichmann, a Nazi leader behind the transportation of millions of innocent Jews to their deaths in concentration camps.

Watch the movie’s official trailer above.

For more film, see below as Matthew McConaughey battles the ’80s war on drugs in ‘White Boy Rick.’