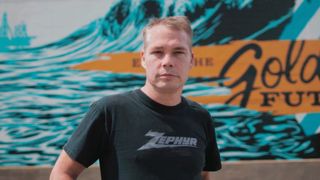 POW! WOW! has been an influential platform that shines a spotlight on local art scenes, while fostering a sense of community within the art world since 2011. For 2019, the annual street art and creative festival returned to Hawaii, and occurred during the middle half of February.

A recap of the festival is featured in the video above, which included more than a hundred local and high profile artists. In particular, renowned contemporary street artist Shepard Fairey took part in the event by painting his first-ever mural in Hawaii, while other known artists such as brothers How & Nosm, Logan Hicks, Crash, Amy Sol, OG Slick, Apex, Kevin Lyons and many more showcased their skills with their signature artworks across the Kakaako neighborhood of the island.

In addition to the live art installations, the festival also brought concerts, performances, block parties, and a skate event, all in the spirit of engaging with the community. Furthermore, as a global network of artists and creatives, the festival included an artist talk with Logan Hicks, Jasper Wong, Shepard Fairey, and Kevin Lyons, a pop-up store and a concert with Eminem at Aloha Stadium.

Enjoy a recap of POW! WOW! Hawaii 2019 in the video above. For more, head over to the festival’s website.

Here’s Your Last Chance to Cop From the Highsnobiety x Paddle8 Auction
DesignsponsoredJune 14, 2019