“Fuck rap, hip-hop put me on top/Lo wears, and Tommy Hil fly shit with a knot”

Raekwon the Chef raps about his love for Polo Ralph Lauren clothing in his song “Criminology” from 1995. While Lo Heads have amassed thousands of pieces, this list contains the five most sought-after ones based on my years of experience as a collector. These are what we wanted to rock to school without getting mugged for them on the way back home.

In New York City public schools in the ’90s, Polo Heads like us would hunt for these pieces, knowing that wearing a Lo piece would result in loads of ladies lingering around our lockers. Polo was cute, classic, preppy, but also hip-hop. The pieces had rarity, and wearing them in certain areas was risky. Rocking these pieces could make you a trendsetter, but also a target.

“Slam!” like the ONYX song from 1993, the graphics in this piece hit you in the face. The tennis player looks similar to Jimmy Connors, who still played when this shirt released in Summer 1993. The green stripe with the “POLO” text resembles the top stripe of a tennis net, and the “POLO” letters on the white sneakers add a nice feature to this character’s outfit.

The cotton is soft, it’s made in the USA and it fits oversized. The neon tennis ball provides added color, contrasting against the black and white pencil-style drawn athlete, but it’s because of the bold red text that Lo Heads refer to this piece as “The Slam Tee.”

The Snow Beach Vest is part of the Snow Beach series released in 1993. This vest features Polartec fleece lining, the old school Polartec patch on the inside, and zipper pockets. This vest is even rarer than the Snow Beach “Raekwon” jacket. Among collectors in the ’90s, the Snow Beach vest was one of the first pieces to have a higher price tag compared to other pieces from the era.

The dark navy blue silk screen-printed “SNOW” on the front and “BEACH” on the back match the fleece lining and create the exclamation point of the Snow Beach series. The embroidered Hi-Tech patch on the chest aligns this vest with other Polo pieces from the Polo Hi-Tech series, but it’s the American Flag Snow Beach patch that gives this piece the name “Snow Beach vest.”

The crest stands for Royalty and Loyalty. Reminiscent of a British Coat of Arms, this turtleneck was originally released as a women’s piece in 1992, making this size large the biggest fit available. The wool hand-knit fabric feels luxurious, the crown resembles a majestic style, and the two diagonal red stripes add a bit of flash to this classic look.

The Greek lettering celebrates the creation of Ralph Lauren with EST MCMLXVII (1967). This design would later become the Polo Crest fragrance and accessories. The details within this icon add to the graphics and have earned it the title of the Polo Crest.

The Red Stadium Hat was released in 1992 as part of the Stadium series. Considered one of the rarest and best of the three Stadium hats, it’s the only one with printed lettering on the bill. This made-in-USA, one-size-fits-all elastic back long bill hat is a true classic among collectors.

All of these details have earned this piece the distinct title of the “Red Stadium Hat.”

The Silk Crest is a celebration of royalty meets Wild Style. The design features sailing flags, color-blocked panels, and the Ralph Lauren crest. Originally released as a women’s piece, this size large is the biggest size available. This piece was one of the first items that the original Lo-Lifes stole, wore and posed with in group photos.

The colors are vibrant, the silk is smooth and the Ralph Lauren name in the right corner is reminiscent of silk scarves of the era. Not to be confused with a similar piece, the Barbershop Silk featuring a similar navy and red design, this version is not the short-sleeve version that is rumored to have been altered because the long sleeves were not long enough for some buyers or boosters. Nicknames include the Crown, or Crizzy, but to original Polo collectors this is only referred to as “The Silk Crest.”

For more about Ralph Lauren, watch the video below. 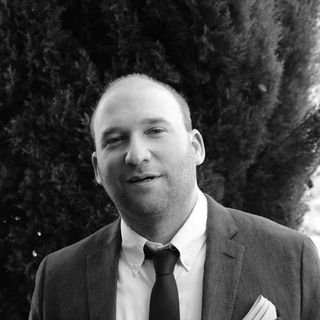 Upgrade Your Fall Wardrobe With Our Favorite Knitwear Pieces
SelectssponsoredSeptember 30, 2019