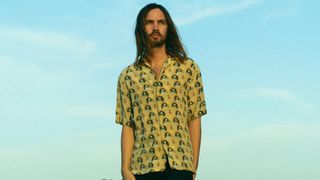 Just days ago Tame Impala announced that its new album, The Slow Rush, is releasing in 2020. Fast forward and the Kevin Parker-led outfit now shares the specific drop date for the project, February 14, while also delivering a new track, titled “It Might Be Time.”

Set to appear on the album, “It Might Be Time” follows the release of “Borderline,” which will be found on The Slow Rush as well. Parker also dropped another single earlier in the year with “Patience.”

Tame Impala reveals that The Slow Rush consists of 12 tracks, recorded between Los Angeles and Parker’s studio in his hometown of Fremantle, Australia. Each of the songs on the album was recorded, produced, and mixed by Parker.

You can go ahead and pre-order a copy of Tame Impala’s upcoming fourth studio album, due out February 14, here. Also, be on the lookout for North American tour dates to be announced in the near future.