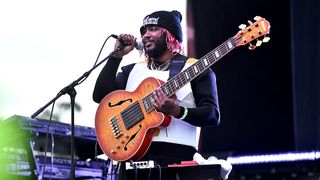 Flying Lotus‘ Brainfeeder label is celebrating its 10th anniversary next month with the release of an extensive compilation album titled Brainfeeder X. Today, Thundercat has blessed fans with one of the more highly anticipated collaborations off the project called “King of the Hill.” The atmospheric track features BADBADNOTGOOD and Flying Lotus.

Brainfeeder X officially drops on November 16. The project is stacked with 36 tracks that are divided between label highlights from the past decade and new material. The two-sided record will be available in the form of a 4LP vinyl box set designed by Charles Munka, the creator of the original Brainfeeder logo, as well as 2CD and digital formats. Scroll up and stream the latest single in full.