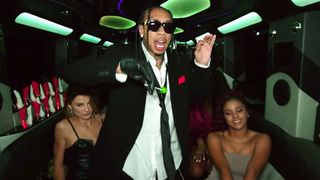 Tyga recently dropped a video for his new single, “Lightskin Lil Wayne.” As the title suggests, the track is a tribute to legendary rapper Lil Wayne. The accompanying visual sees Tyga recreating some of his mentor’s most iconic videos of all time including “A Milli,” “Lollipop,” “Fireman” and “Go DJ.”

Wayne recently took to Instagram to share his response, which can essentially be summed up as “Love!!!!!!” In the caption, he wrote the following: “I’m at a lost for words after watching & listening to that! It feels gratifying to be honored in such a way! It feels uber better when it’s from ya broski!!”

Back in 2016, Tyga officially left Young Money Entertainment. (He previously ranted about how the label was holding his music “hostage” on Twitter in 2014.) He would then go on to sue Cash Money and Young Money over unpaid royalties and a breach of contract in 2018, but dropped the $10 million lawsuit this past April. Despite all the drama, he clearly has no beef with Wayne.

Watch the full video for “Lightskin Lil Wayne” above.

“Love!!!!!! That’s too dope bro. I’m at a lost for words after watching & listening to that! It feels gratifying to be honored in such a way! It feels uber better when it’s from ya broski!! Love @tyga – Light Skinned Tunechi!”

Lil Wayne Scores His Fifth No. 1 Album With ‘Funeral’
MusicsponsoredFebruary 10, 2020