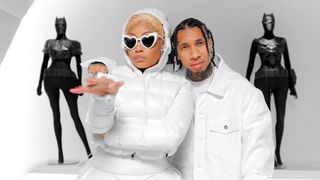 Tyga is following up his latest single, “Dip,” with a new remix featuring assistance from Nicki Minaj. The revamped tune is being introduced to the world via an official music video, directed by Arrad and Tyga himself.

The remix/video arrives as Minaj is currently battling with Tracy Chapman over unreleased Queen track, “Sorry.”