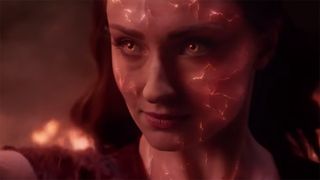 Today we get another look at Simon Kinberg’s new X-Men film, Dark Phoenix, ahead of this summer’s premiere. The international trailer delves into Jean Grey’s accident and her powerful return.

X-Men: Dark Phoenix finds the gang of superheroes confronted with their most formidable foe to date, which just so happens to be one of their own in Jean Grey. Following a near-fatal incident, during which she is struck by a mysterious cosmic force, she becomes overtaken by this entity, also leaving her more powerful than ever before. Turning dark, Jean begins to utilize her newfound force against her X-Men family. Now, the X-Men must unite to save Jean’s soul, as well as all of humanity from an alien invasion.

‘X-Men: Dark Phoenix’ Could Lose Up to $200 Million After Tanking at Box Office
MoviessponsoredJune 11, 2019

Critics Say ‘Dark Phoenix’ Is a Disappointing End to the ‘X-Men’ Franchise
MoviessponsoredJune 6, 2019