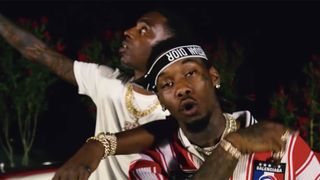 Young Dolph has unveiled the new mixtape Role Model, his first full-length this year. In addition, he has dropped a visual for the track “Break the Bank,” a collaboration with Migos’ Offset. Check it out above and stream the project below.

Role Model follows last year’s Thinking Out Loud. That tape was released in the wake of Dolph’s near-fatal shooting, a brush with fate that was memorably brought to life in his video for “Believe Me.” Revisit it below.

In other music news, Eminem has trolled critics of his new album ‘Kamikaze’ with an inspired ad. See it here.