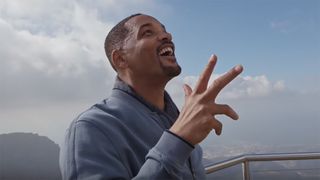 In just one week, YouTube‘s 2018 Rewind — a recap of “the videos, music and trends that defined YouTube in 2018” — has become the most disliked video ever on YouTube. Since its premiere on December 6, the visual has amassed 10 million dislikes, passing Justin Bieber’s “Baby,” which has garnered 9.8 million dislikes in an eight-year span.

As numerous publications point out, the disapproval of the recap possibly stems from the omission of some of YouTube’s major players, namely Logan Paul and PewDiePie, who could have very well been left out due to questionable behavior from this past year. Other creators and YouTube-favorites such as Casey Neistat, Will Smith, and Ninja are, however, showcased, albeit they very rarely find themselves at the center of serious controversy.

Nonetheless, you can watch this year’s YouTube Rewind above, then hit the comments to let us know your thoughts on the recap.

On a lighter note, these are the best movies you can watch for free on YouTube.

4 and 6-Year-Old Duo Tops the List of Top Paid YouTubers, With $64 Million in Earnings
LifestylesponsoredMarch 11, 2020

How the 2010s Birthed a Bigger and Better MTV Era
MusicsponsoredDecember 18, 2019
What To Read Next
Load More
Search Results
Load More