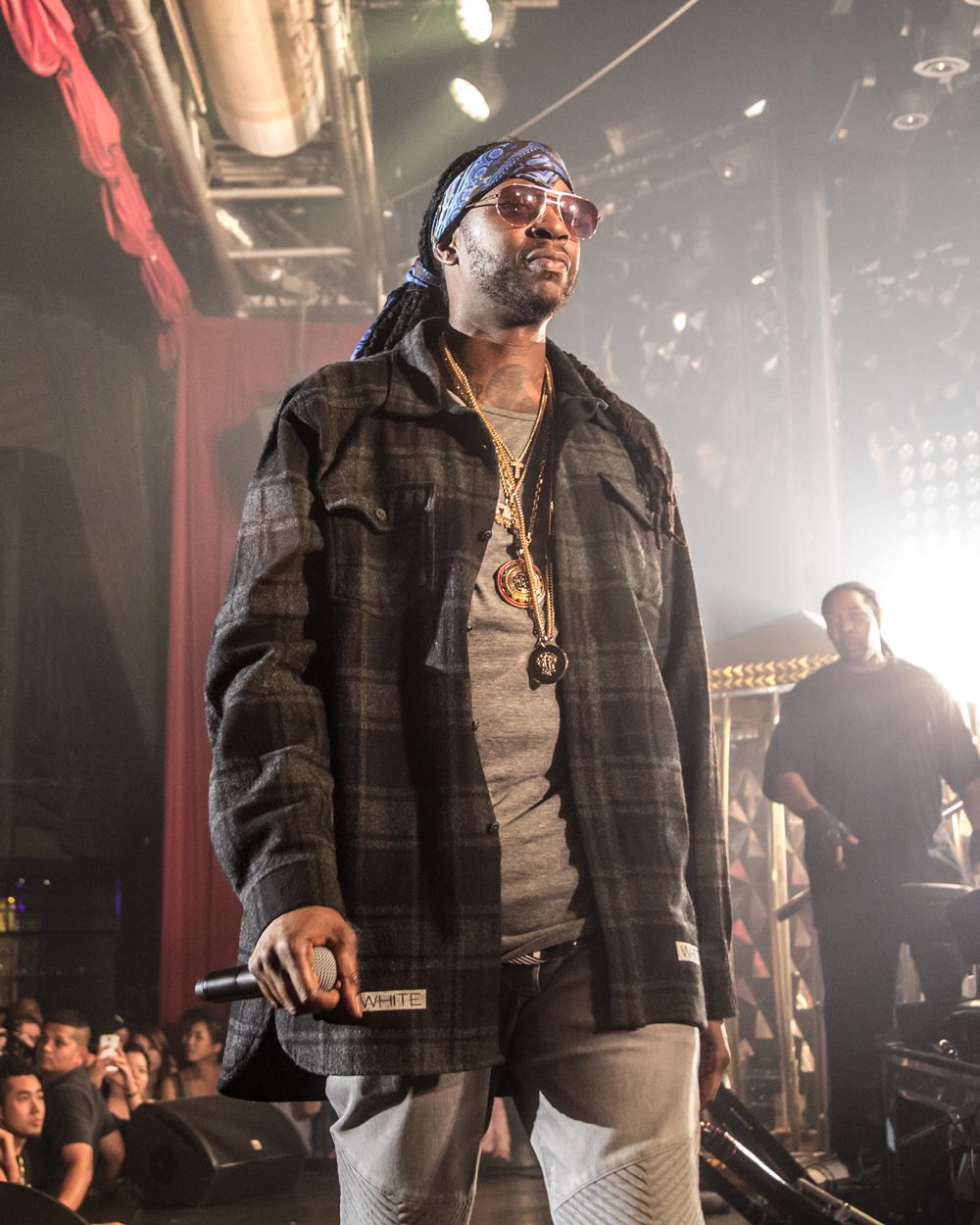 What is 2 Chainz Real Name?

When was 2 Chainz born?

Where was 2 Chainz born?

Where is 2 Chainz signed?

Tauheed Epps, formerly known as Tity Boi, now known as 2 Chainz, is an American rapper. He initially gained musical recognition as half of hip-hop duo Playaz Circle. The pair were best known for their debut single “Duffle Bag Boy.”

Since then he has made his name as a solo artist with a string of albums and mixtapes garnering the attention of big names like Nicki Minaj and Drake.

What is 2 Chainz net worth?

2 Chainz is estimated to be worth $12 million.

How tall is 2 Chainz?

Claims swirled that 2 Chainz had a 4.0 GPA and a masters degree but these have been debunked by the rapper.

It is true that 2 Chainz did attend Alabama State University on a basketball scholarship but the rapper has said he had to relocate from the school due to problems and later completed his studies.

The duo independently release the album United We Stand, United We Fall.

Playaz Circle are introduced to Ludacris who signs them to his newly formed subsidiary of Def Jam – Disturbing Tha Peace.

The pair release their second studio album Flight 360: The Takeoff.

Epps changes his stage name from Tity Boi to 2 Chainz. To show off the name change, 2 Chainz drops a mixtape titled T.R.U. REALigion.

The success brings him appearances on hits from Nicki Minaj and Kanye West.

Epps signs a solo deal with Def Jam as 2 Chainz.

2 Chainz releases his debut studio album Based on a T.R.U Story. It peaks at number one on the US Billboard Chart.

Epps is arrested for possession of a controlled substance while booked on a flight leaving LAX. TSA agents find marijuana and promethazine in his checked luggage.

2 Chainz announces the launch of his own independent record label The Real University (T.R.U.) and the signing of frequent collaborators Cap. 1 and Skooly.

2 Chainz releases Felt Like Cappin. The EP lands with single “Back On That Bullshit” featuring Lil Wayne.

2 Chainz releases ColleGrove – a debut LP from Chainz and Lil Wayne. An ongoing lawsuit with Wayne and Cash Money Records prevents Wayne from being named as a primary artist on the album.

Chainz creates his own line of hoodies, CEO Millionaires.

Epps’ Viceland show Most Expensivist debuts. It airs for two seasons with another season scheduled for 2019 release.

2 Chainz releases album Rap Or Go To The League.

Everything You’ve Ever Wanted to Know About Kanye’s Bizarre “YEEZY Mobiles”
DesignsponsoredSeptember 2, 2020