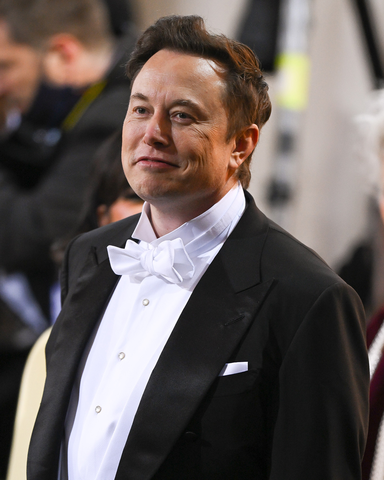 A 21st century visionary, multi-billionaire, businessman and entrepreneur at large, Elon Musk is held by Forbes at number one as the most innovative leaders in 2019. Musk is the founder of Tesla, and CEO and lead-designer of SpaceX – the rocket company with plans of colonizing Mars and flying people to the moon, and he has already sent up a spacecraft docking at the International Space Station.

The tech-rebel is behind the NeuraLink neurotechnology startup – which is gearing up for planting chips into human brains – and he is also the real-life inspiration for Marvel hero Tony Stark from Iron Man.

Counting several other industry-leading ventures under his belt, unsurprisingly, the prolific pioneer also co-founded PayPal back in 2000 during the dotcom revolution, which made him a fortune.

As one of the most recognizable and charismatic billionaires on the planet, Musk has grown a 28.5m Twitter following for his sporadic, outspoken – and sometimes outlandish – comments. Comments that have polarized opinions and landed him in hot water on more than one occasion, including a string of lawsuits.

Born in Pretoria, South Africa in 1971, the whizkid was only 12 when he invented (and sold) his first video game. Via university studies in Canada, he then moved to the US in 1992 to study business and physics at the University of Pennsylvania. He had plans of pursuing a PhD in energy physics at Stanford University in California, but the internet boom coincided with his move and the mover and shaker dropped out to launch his first company, Zip2 Corporation in 1995 together with his brother. They sold it and used the money to found X.com in 1999 (which later became PayPal). It was sold to eBay in 2002, making Musk his first billion.

In 2002, Musk founded SpaceX – his ambitious and groundbreaking space program with the intention of building spacecrafts for commercial space travel.

His Tesla Motors – bringing fully-electric vehicles to the mass market – was founded in 2003. (In 2017 the company surpassed General Motors as the most valuable US car maker.)

In 2012 Musk made headlines when SpaceX successfully launched a rocket into space sending the first commercial vehicle to the International Space Station. The event marked the first time a private company had sent a spacecraft to the ISS. Hot off the heels of this, the following year he unveiled plans for the hyperloop concept, aimed at reinventing transportation through high-speed travel on land essentially allowing travel faster than the speed of sound.

In a similar vein, in 2015 he became co-chair of the nonprofit OpenAI, a research company looking to advance digital intelligence in order to benefit mankind.

Musk has stated that he intends to reduce global warming, and in 2016 he purchased the manufacturer of solar panels, SolarCity. He also took on an advisory role under the Trump administration, which he left when Trump announced he would pull the US out of the Paris climate accord. The same year Musk founded NeuraLink, a neurotechnology company developing implantable brain–machine interfaces.

In 2017 he founded the Boring Company, digging holes for transit tunnels in order to reduce street traffic.

Apart from his groundbreaking initiatives catapulting him into the public eye, Musk got himself in trouble on social media in 2018 over a tweet stating that he is “considering taking Tesla private at $420. Funding secured.” Tesla shares skyrocketed earning him $1.4 billion in a single day, and he was accused of manipulating the company’s stock price and violating US securities law. (He later settled with the SEC for making alleged “false statements” about a plan to take Tesla private, and had to step down as chairman.)

He also ended up in a public Twitter feud with a British diver involved in the rescue of the young Thai-football team that got trapped in a cave in Thailand, calling the diver a “pedo.” (Before that, the diver had shot down Musk’s mini-submarine he built to help with the rescue of the children.) Musk later publicly apologized.

Then there was the (ongoing) controversial beef with singer Azealia Banks on Instagram (you can read about how it all played out here). Musk has since deleted his 8m-something account.

Fast forward to the present and Musk counts several successful test flights with his SpaceX program, including the deployment of Starship: the most powerful rocket in history, which will be capable of carrying humans to the Moon and Mars. He also launched a Tesla Roadster car into space, which has now completed its first orbit around the sun.

Twitter Is Selling Its Soul to Elon Musk
CulturesponsoredApril 25, 2022

Great, Elon Musk Is on the Twitter Board Now
CulturesponsoredApril 5, 2022