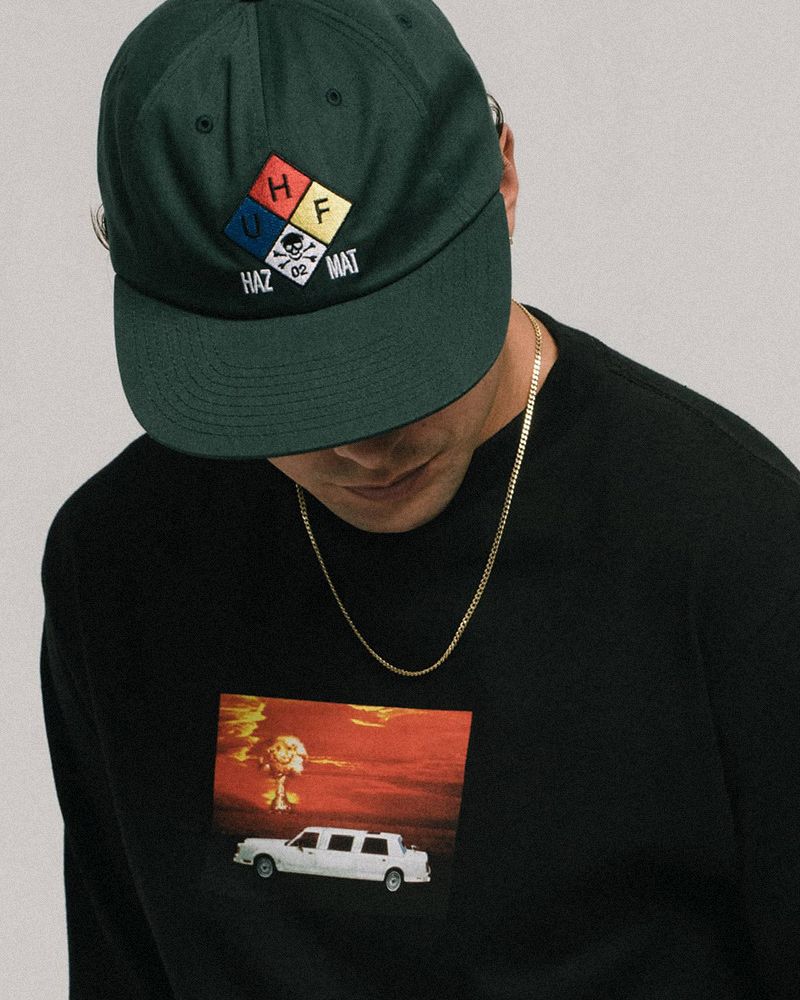 Where can I buy HUF clothing?

HUF clothing is available on their website, various stockists, and at their stores located in New York, Los Angeles, Tokyo, Osaka, Nagoya, Harajuku, and Sendai.

What does “HUF Worldwide” mean?

Addressing the brand as HUF Worldwide recognizes the international reach and far-flung travels of not only HUF and its founder Keith Hufnagel, but also skateboarding lifestyle in general. HUF looks to represent the international skate scene through a wide, but inclusive variety of cultures, ideas, designs, competitions and collaborations. Not only that, but with multiple stores on two continents, HUF is literally worldwide.

Is the HUF brand considered a skate brand?

Skateboarding is the most integral part of HUF’s brand DNA. Founder Keith Hufnagel has been skating his entire life, first in New York City in the ‘80s, and later professionally upon moving to San Francisco in 1992. The clothes, sneakers, and accessories HUF makes are built to withstand the rigors of a full day of skateboarding, but they’re also somewhat understated, giving HUF a non-chalant, cool vibe that’s within the ethos of skate culture. HUF puts its own work to the test too, running a 16-person skateboarding team that tours and competes all over the globe.

HUF founder Keith Hufnagel begins skateboarding and tagging around New York City, and picks up the nickname “HUF” after skating and tagging “HUF ONE” wherever he went. Around the city, however, there weren’t many safe spaces to skate, and it wasn’t accepted—both as a sport and a lifestyle—by mainstream American culture. Instead, as American counterculture, Hufnagel sees himself as an outcast, prompting him to turn his horizons elsewhere in search of a genuine skateboarding community and culture.

Hufnagel moves to San Francisco full-time to pursue a professional skateboarding career. He spends the next decade skating throughout the world and all over San Francisco, eventually putting his nickname HUF on products and clothing he’d wear as a pro.

Opens the first HUF store in San Francisco’s Tenderloin District, becoming the first store of its kind in the area. Hufnagel stocks rare skateboarding and streetwear clothes and sneakers, and eventually begins selling HUF-branded shirts and hats. To further his own brand, Hufnagel stops stocking other brands in-store, and focuses on building out HUF as a label.

HUF ventures into footwear and forms its first skate team.

HUF closes its retail shops in San Francisco and Los Angeles, temporarily ending its physical brick-and-mortar presence as a brand.

HUF causes controversy with their “F*CK IT” apparel and footwear drops.

HUF launches its first signature shoe for skate-team member Dylan Rieder, who passes away in 2016 after a battle with cancer.

HUF re-opens a store in Los Angeles, returning to the Fairfax neighborhood where its first LA store was located. An outpost in Tokyo opens as well, bringing HUF’s physical presence international.

HUF collaborates with Budweiser for a fall “King of Beers” collection.