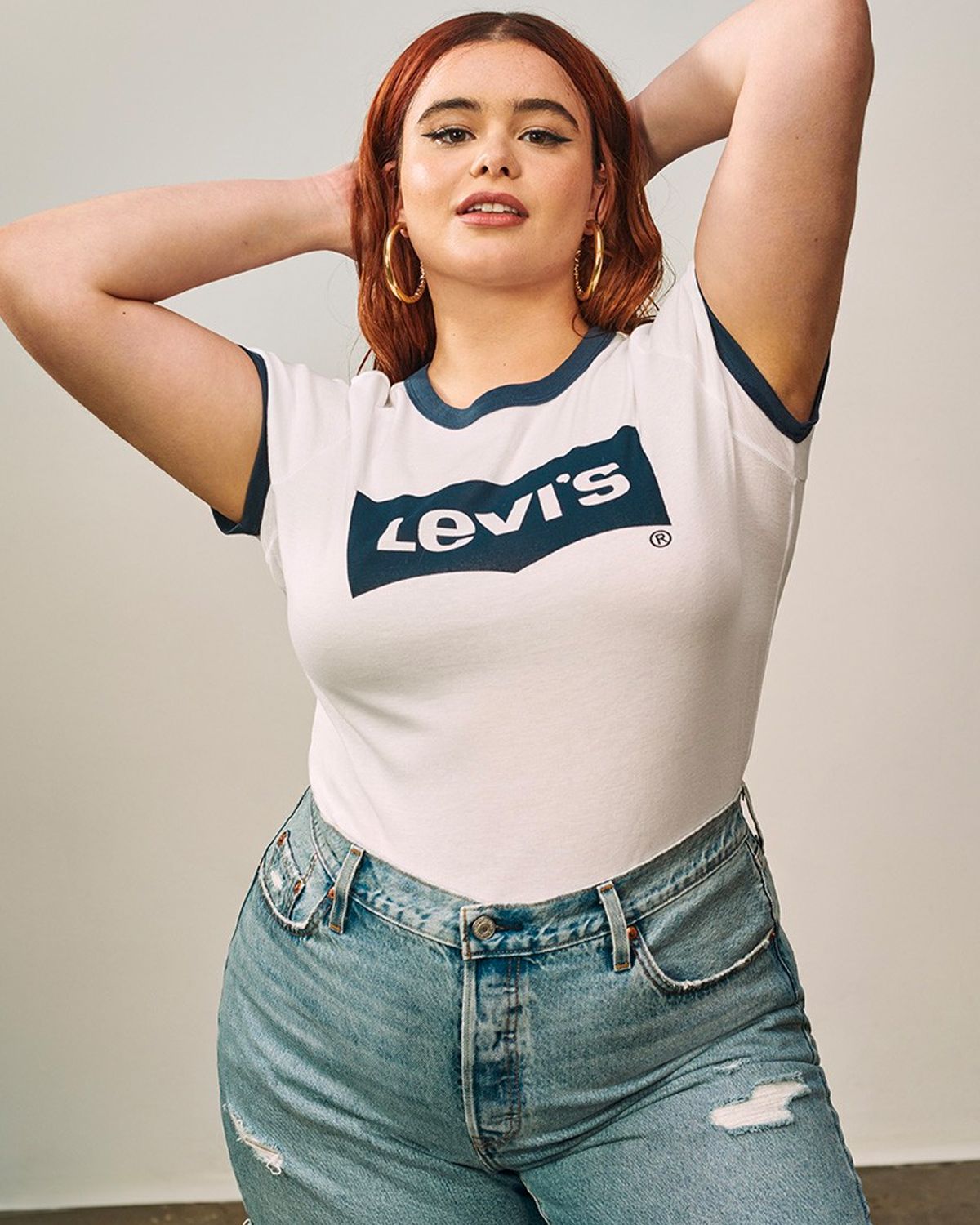 Who is the founder of Levi's brand?

When was Levi's founded?

Levi’s was founded in 1853 in San Francisco, California, United States.

Levi’s is an American clothing brand that popularized modern jeans. Levi Strauss & Co. was founded by Levi Strauss and Jacob Davis in 1871 in California, U.S., initially as a small general store selling workwear during the Gold Rush in San Francisco. Levi Strauss transformed denim from a workwear commodity into a streetwear fashion staple. Despite being decades old, Levi’s hasn’t lost its status as the world’s coolest denim brand.

Levi’s jeans were initially intended as a workwear item made of heavy cotton that was, in turn, dyed blue – denim. However, since the 1940s, the iconic Levi’s 501s became everyone’s must-have after being adopted by various subcultures, from skaters and punks to youth culture and everything in between. In the 1950s, Levi’s jeans were embraced by Hollywood cult stars Marlon Brando, James Dean, and Marylin Monroe and have continued their popularity since, worn by pretty much everyone from Barack Obama to Bella Hadid and endorsed by Jaden Smith and Naomi Osaka, Hailey Bieber, and Kid Cudi.

What are Levi's most famous jeans?

The first-ever denim style by Levi Strauss & Co. is the straight-leg Levi’s 501 original fit jeans — still one of Levi’s most famous denim fits today. Another pop culture favorite is Levi’s 505, which has a slightly wider-legged fit. Compared to Levi’s 501s, 505s have a more relaxed design and a slightly tapered fit around the ankle.

Where are Levi's jeans made?

Even though Levi’s did produce its jeans in the U.S. for over 150 years, Levi’s shut its last manufacturing facility in San Antonio, US, in 2004. So, as of 2022, most of Levi’s jeans are made overseas, in Sri Lanka, Vietnam, and India, where production costs are lower.

Levi’s 513 is a more slim fit than the classic Levi’s 501 and Levi’s 505, without being too tight around the ankle. The jeans have a slim-straight cut all the way, with the same width leg opening at the bottom. Compared to the similar style, Levi’s 511, the Levi’s 513 has the same slim cut; however, the 513 isn’t as trim around the ankle.

The brand has discontinued the mid-rise Levi’s 525 jeans; however, you can probably find a vintage pair in thrift stores or on resale platforms like eBay or Depop.

How to fold Levi's jeans?

You can fold your Levi’s jeans like any other denim. If you want your jeans to keep their shape, or to save space, then first fold your jeans in half (with the Two Horse logo patch facing down). Then, tuck them in thirds, bringing the bottom half and the top half of the leg to meet in the middle, and then fold again. This way, your Levi’s jeans will stack well and keep their shape.

How to fold Levi's jeans?

You can fold your Levi’s jeans like any other denim. However, if you want your jeans to keep their shape or to save space, first fold them in half (with the Two Horse logo patch facing down). Then, tuck them in thirds, bringing the bottom half and the top half of the leg to meet in the middle, and then fold again. This way, your Levi’s jeans will stack well and keep their shape.

What does Levi's numbers mean?

The numbers on different Levi’s jeans stand for different fits. For example, Levi’s most iconic design is Levi’s 501 original fit jeans. Levi’s 505’s come with a more relaxed fit, and Levi’s 541 are designed with a tapered fit for an athletic build.

Levi’s started using a number to differentiate between the styles and cuts of jeans for men’s and women’s designs, each with a three-digit system. Knowing each fit, you can identify the best one for your body shape and style preference, found at Levi’s fit guide.

Is Dockers part of Levi's?

Most Levi’s jeans shouldn’t shrink or come with minimal shrinkage as they have been pre-shrunk in the production process. However, it is recommended to get a fitting size (not too tight) already when purchasing to prevent jeans from not fitting after a wash. To minimize the shrinkage of your Levi’s jeans, wash them with cold water (do not tumble dry).

How to pronounce Levi's?

Levi’s is pronounced as LEE-VIZE – which could be compared and rhymes to “leave” and “eyes” combined. Although Levi Strauss is originally from Germany, the brand name is American.

What is Levi's last name?

Levi’s jeans generally fit true to size. It isn’t necessary to go a size up or down; however, minor shrinkage can occur, so do count that in when buying your Levi’s pair. Nevertheless, go a size up if you want a baggier look and a more comfy-fitting pair. As jeans can be tricky to fit, I recommend going to your local Levi’s store to try them on for the best-fitting style.

Are Levi's made in the USA?

Levi’s used to produce its jeans in the U.S. However, in the 1980s, the brand started closing its U.S. manufacturing. It shut the last U.S. factory in San Antonio in 2004 due to rising costs and competition and moved all production overseas.

What is Levi's Premium?

Levi’s Premium is a slightly more expensive sub-label of Levi’s jeans. As the name suggests, Levi’s Premium jeans are made of more premium and durable construction techniques and materials, which means they last even longer.

Where to buy Levi's?

You can buy Levi’s clothing directly at Highsnobiety Shop.

Levi’s started as a workwear shop during the California Gold Rush in the 1850s.

Levi Strauss & Co. was first formed as a partnership between Levi Strauss, who migrated to the U.S. from Buttenheim, Bavaria, and his two brothers.

Nearly 20 years later, Levi Strauss partnered with a tailor Jacob Davis to create what was first called “waist overalls,” which we now know as jeans.

Jeans were initially intended as a functional item for workwear, made out of heavy-duty cotton dyed blue.

Davis came up with the idea to add copper rivets on the jeans pockets to reinforce the denim and make it more sturdy, which was later trademarked by Levi’s.

Strauss and Davis applied for a patent for the rivet detail on jeans, which was approved by the U.S. Patent and Trademark Office, which became Levi’s jeans USP.

Levi’s started using the numbering system to classify different fits. As a result, the iconic Levi’s “501” was appointed to what became the brand’s most iconic design.

Levi Strauss passed away at 73, and the company was handed over to Strauss’s four nephews.

Walter A. Haas, whose wife was from the Strauss family, started to work at Levi’s.

Levi’s company ended up owned and led by the in-laws, the Haas family. Walter A. Haas led the company from 1928 – 1955 and was a chairman until 1970. Though Levi’s was founded by Levi Strauss, Walter A. Haas was the one who took it to the popularization of Levi’s jeans.

Levi’s jeans became popular in the western style and in the Eastern states of the U.S. after being worn in cowboy films.

In 1946, Haas ditched wholesale and focused on manufacturing jeans under its independent label – Levi’s.

By the end of the 1940s, Levi’s jeans were a go-to item for the youth culture as a sign of rebellion.

By the 1960s, Levi’s jeans had become synonymous with ruggedness, rebellion, and freedom, worn by subcultures like mods in the U.K. and greasers in the U.S.

Levi’s started expanding under the leadership of George P. Simpkins Sr. — going from 16 manufacturers to more than 63 in the U.S. and adding another 23 overseas between 1964 – 1974.

By the end of the 1960s, Levi’s jeans (and other denim brands) had become popular worldwide.

In the same year, the Levi’s 505’s were featured on the Rolling Stones’ cover, propelling its way into pop culture.

In the 1970s, skaters and hippie culture adopted the iconic Levi’s 501s and became a streetwear staple.

In 1985, the Haas family, who took over the company from Strauss, got Levi’s back to private ownership.

Levi’s introduced a new brand, Dockers, to the portfolio, which helped the company grow due to decreasing demand for denim in the 90s.

In 1991, Levi’s was in the middle of a lawsuit scandal after falsely labeling products as “made in the U.S.,” which were instead made in the Northern Mariana Islands.

Dockers were introduced to the European market between 1994 – 1996 by then-CEO Jorge Bardina.

Levi’s filed over 100 lawsuits against competitors due to infringement between 2001 and 2006, becoming one of the most copied brands in the apparel industry. The brand won cases against large labels, including Guess, Polo Ralph Lauren, Esprit, and Zegna.

Around the same time, Levi’s closed down the last two U.S. production facilities, with Levi’s Premium manufacturing resuming in the U.S. years later.

After ten years of a downward trend in sales, Levi Strauss & Co. had become profitable again.

After declining sales, Chip Bergh was appointed as the new CEO, who modernized the e-commerce business and started expanding globally.

Levi’s became one of the most sustainable denim manufacturers after creating 20 waterless production techniques.

Levi’s released an unexpected collaboration with Google – a $350 denim jacket with tech features.

Levi Strauss went public for the second time, listed on the NYSE (LEVI). Its IPO raised over $620 million and was valued at $6.6 billion.

Levi’s celebrated their 150th anniversary with a star-studded campaign to celebrate the iconic Levi’s 501’s.

The brand brings back Levi’s RED collection from 2007 for the FW21 collection.

Levi’s teams up with NIGO to give a new life to NIGO’s vintage denim pieces.

A new collab between Levi’s X Denim Tears, a label by Supreme’s creative director Tremaine Emory, is released in July.

Every Year is the Year of the Clarks Wallabee
StylesponsoredAugust 31, 2021

Levi’s Nailed the Art of the Halloween Collection
StylesponsoredOctober 20, 2022

The 21 Brands That Define Americana
StylesponsoredApril 28, 2022

Levi’s Are For Your Feet Too, Who Knew?
SneakerssponsoredOctober 5, 2022

Why the Levi’s 501 Remains the Ultimate Pair of Jeans
StylesponsoredJanuary 1, 2020

Levi’s and AMBUSH Are Flying The Flag For Canadian Tuxedos
StylesponsoredSeptember 14, 2022

Kid Cudi Can Confirm, Levi’s New 501s Are From Another Era
CulturesponsoredJanuary 30, 2022

Human Made & Levi’s Latest Collab Is Proof NIGO’s in a Denim Daze
CulturesponsoredApril 4, 2022