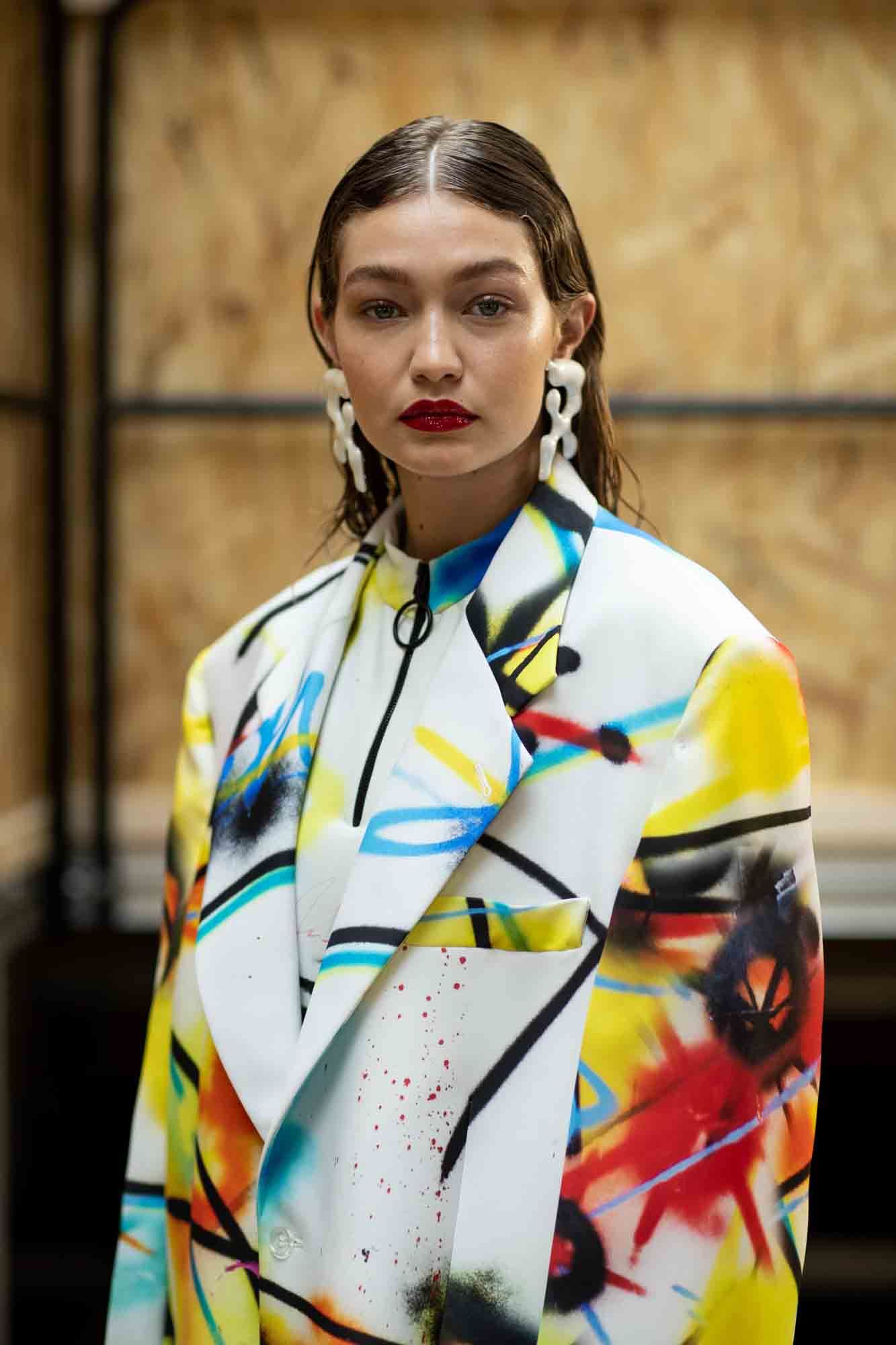 Virgil Abloh is born in Chicago to Ghanian immigrant parents. His mother is a seamstress who teaches him how to sew.

Abloh graduates from the University of Wisconsin-Madison with an undergraduate degree in civil engineering.

Abloh finishes out a Master’s degree in architecture at the Illinois Institute of Technology.

Abloh interns at Fendi in Rome alongside Kanye West. During this time, West and Abloh are captured at Paris Fashion Week in a now-infamous group shot outside of the Comme des Garçons show.

Abloh designs the Grammy-winning artwork for West and Jay-Z’s Watch the Throne album.

Pyrex Vision is launched in New York. The first garments are deadstock Ralph Lauren flannel shirts bought for $40 each. After being screen printed with the word “Pyrex” and the number 23 (an homage to Michael Jordan), the flannels are resold for $550 each.

Pyrex Vision returns as menswear label Off-White; described as “the gray area between black and white as the color Off-White.”

Off-White is named a finalist for the LVMH Prize but loses the special prize and grand prize to Jacquemus and Marques’Almeida, respectively.

Virgil Abloh’s collaboration with IKEA is set for release and Abloh’s artwork is selected for exhibition at the Museum of Contemporary Art in Chicago.

How did Virgil Abloh get into fashion?

Long before he’d create Off-White, Virgil Abloh was studying civil engineering at the University of Wisconsin-Madison followed by a Masters program in Architecture from the Illinois Institute of Technology. After a brief stint at an architecture firm, he launched the Chicago art gallery and streetwear boutique RSVP Gallery in 2009. It was at this time that he met Kanye West and became his right-hand man—working for his multi-faceted design agency, Donda. At Donda, he created the sets for many of Kanye West’s tours as and designed the cover art for West and Jay-Z’s Watch the Throne record.

In 2013, Abloh left Donda briefly to create a new streetwear project called Pyrex Vision that would set the groundwork for Off-White. For the first and only collection, Abloh used Champion sweats and tees as well as polo and flannel shirts from Ralph Lauren’s Rugby line. The reused materials were decorated with graphic prints that read ‘Pyrex 23’ as well as images of Caravaggio’s painting ‘Entombment of Christ’ and resold for up to $550.

How did Pyrex Vision turn into Off-White?

One year after his infamous Spring/Summer 2013 collection, Pyrex Vision returns under the name Off White c/o Virgil Abloh. While no official explanation is offered, it’s rumored that the change was prompted by legal action from the famous Pyrex kitchenware brand and controversy over his reuse of other labels’ apparel. The rebranded multi-platform creative platform is based out of Milan and defined by Abloh as: “the gray area between black and white as the color Off-White.”

Why does Off-White use so many quotation marks?

At a lecture at Columbia University in 2017, Abloh described one of his core aesthetic elements as “everything in quotations.” This principle is apparent in the physical and aesthetic elements of the brand, which make heavy use of references and often take familiar concepts and reinterpret them in new ways—a move that often prompts calls of plagiarism and unoriginality. Physically, the quotation marks are used literally around familiar words, like his collaboration with the Air Jordan 1 sneaker that featured a graphic print on the heel that read: “AIR.”

What are the most famous Off-White collaborations?

Abloh is no stranger to collaborations but few have sparked as many conversations as the ones with IKEA and Nike. In 2017, he teamed up with Nike for a project called The Ten, which saw him recreate ten of the shoemaker’s iconic silhouettes. Last year, Abloh also unveiled products from his IKEA collab that included slogan-covered rugs, a cabinet for storing sneakers, and a reimagined wooden chair with a bright red doorstop called Door Stop Interruption. Other Off-White collaborations include Levi, Jimmy Choo, Moncler, Browns, Warby Parker, SSENSE, Sunglass Hut, Champion, Converse, Dr. Martens, Barneys New York, Umbro, Timberland, Takashi Murakami, Heron Preston, ASAP Rocky, Byredo, Boys Noize and Le Bon Marché.

Everyone Is Investing in Cool Pajamas & These Are Our Favorites
StylesponsoredDecember 8, 2020

Puffer Season is Upon Us
SelectssponsoredFebruary 5, 2018

The News That Shook Fashion in 2022
StylesponsoredDecember 23, 2022

Shop Our Favorite Off-White™ Sneakers of the Season
SneakerssponsoredMay 29, 2018

Sponsored Story
These Virgil Abloh Collectibles Are Souvenirs of the Designer’s Reign
DesignsponsoredDecember 22, 2022