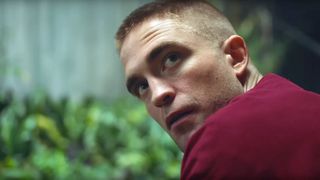 After the first trailer dropped back in October 2018, the second delivers a much closer look at the spine-tingling antics that occur aboard a spacecraft hurtling towards the furthest corner of the solar system. Monte (Pattison) is our protagonist, and we follow him and his daughter as they struggle to survive alongside fellow death-row inmates aboard the craft, all of whom are suffering at the hands of a mysterious doctor (Binoche).

As you can see from the trailer, High Life promises to be quite the intense adventure. The movie is directed by Claire Denis (Let the Sunshine In) and releases April 12.

Now here’s your guide to the biggest A24 movies coming out this year.

Alife’s Everybody High Is Back in 3 New Colorways for the Holidays
SneakerssponsoredDecember 11, 2019