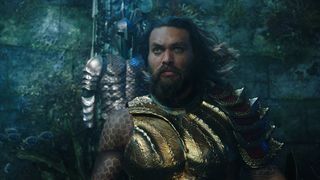 The first official trailer for DC’s hotly anticipated Aquaman was dropped at San Diego Comic Con this weekend, alongside trailers for other movies such as Godzilla: King of the Monsters.

This is the first time fans get to see Jason Momoa’s Aquaman on his own after 2016’s Justice League, during which Momoa and his portrayal of Aquaman were one of the highlights.

The trailer gives us a look at the fantastic underwater world from which Aquaman hails, as well as flashbacks to our main character’s origin-story. The two-minute clip culminates in an action-packed underwater battle.

Check out the trailer above and leave your thoughts in the comments.

In other news, you can take a closer look at OFF-WHITE’s new Macau store right here.

Why Yahya Abdul-Mateen II Is a Man to Watch
In-DepthsponsoredDecember 13, 2019

‘Captain Marvel 2’ Is Officially in Production: Here’s What We Know so Far
MoviessponsoredJanuary 23, 2020
What To Read Next
Load More
Search Results
Load More