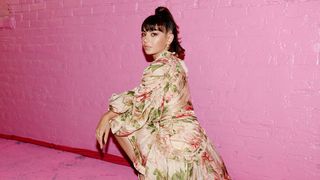 With the release of Charli XCX‘s third studio album Charli fast approaching, the British singer-songwriter has dropped another track, the nostalgic “February 2017.” The latest track was co-written by Korean-American producer Yaeji, and American singer-songwriter, Clairo. Listen above.

FEBRUARY 2017 FT @KRAEJIYAEJI AND @CLAIRO IS OUT NOW ANGELS!!! STREAM AND DOWNLOAD IT AT THE LINK IN BIO 💗💗💗💗 OH AND MY ALBUM DROPS NEXT WEEEEEEKKK!!!!

The melancholy tune– produced by A G Cook and French trio Planet 1999– is a meditation on regret and a plea to reconcile a failed romance. Charli recalls “Collaborating with Yaeji and Clairo was really fun and unique. We are all very different artists but coming together on this song felt so special and right. Clairo and I made a load of songs together in my studio in LA one afternoon at the beginning of the year.

The song follows on from “Warm,” featuring the dreamy vocals of pop super-group HAIM.

Charli is available to pre-order now. Head here to read everything we know about the forthcoming album.