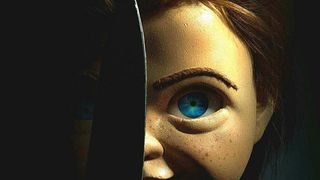 While the original franchise is still ongoing, MGM owns the rights to the first Child’s Play movie and has decided to release a remake. The original Child’s Play arrived back in 1988, starring a doll named Chucky who was possessed by a serial killer.

The upcoming version of the movie slightly alters Chucky’s background, however, as he is still a doll, albeit run by artificial intelligence gone wild. Aubrey Plaza and Brian Tyree Henry star in the horror remake, with Plaza playing the mother who gives the Chucky doll to her son for his birthday.

This particular Child’s Play is not a part of the original franchise from Chucky’s original creator, writer-director Don Mancini. Mancini and franchise producer David Kirschner were asked to be a part of the film, given executive producer credits, but they declined.

The last movie to release from the Child’s Play franchise was 2017’s Cult of Chucky.

This Is How Grimes & Elon Musk Plan to Stop Their Child Being Too Spoiled
MusicsponsoredFebruary 21, 2020

Drake Slammed for Calling His Child’s Mother a “Fluke” on New Track
MusicsponsoredMarch 3, 2020
What To Read Next
Load More
Search Results
Load More