This piece appears as part of our initiative on Identity & Representation, a six-month-long project highlighting different facets of identity and how they shape the practices, conventions, and conversations happening in the Highsnobiety world. Head here for the full series.

James Whitner is an entrepreneur and the founder of sneaker and streetwear/fashion boutiques Social Status and A Ma Maniere. Representation in the footwear industry has become a hot button topic in the wake of a New York Times report about a lack of diversity at adidas. Here, James writes about how people of color in the US can be given the same opportunities in business as everyone else.

Human comfort weighs on every decision we make, and comfort is built on familiarity. So is this the reason corporate America’s leaders, business partners, and vendors are almost all white?

I’ve been an entrepreneur my entire adult life, so I understand opportunities are extremely hard to come by. It takes time to completely understand your consumer, earn their trust, and get the footing to really push the message of what you stand for. I’ve worked tirelessly to build a meaningful business – most people would say I’m living the American dream, a kid from Whitaker Projects in Pittsburgh who escaped scenarios that could have seen my life turn out much differently.

I’m aware enough to recognize my growth and evolution, but as I look around the rooms I frequently sit in, I can say from experience that there is a lack of black men and women in corporate meetings and board rooms.

Corporate diversity has always been a topic of conversation at every major company in the world, but I don’t know if it has ever been a real focus. I’m sure there are companies that have figured it out and the “it” will become clearer as we go. But there is no equal representation of blacks in leadership positions in the US, no emphasis on supporting and empowering black businesses, and only limited initiatives to plant the seeds from which we’d get tomorrow’s black corporate leaders and entrepreneurs.

In recent times, women have been the beneficiaries of diversity initiatives, giving them a platform to be heard and to find solutions to some of the historical issues black folks have also faced. Issues such as equal pay and opportunities have been hot-button topics, but I don’t know if the same focus and intent exists when it comes to creating a platform for black folks in the US.

In my profession, I focus on sneakers, fashion, lifestyle, and street culture. Black communities around the world play a major role in the consumption of goods from these industries, but more importantly, one could argue these communities have been the driving force behind many of the macro and micro cultures these industries feed off. Our influence, vision, and dollars are the tip of the spear, informing the global marketplace. This is all well and good because we live in a capitalist society, but do brands have a responsibility to invest in the people they profit from and are validated by?

I think we all share the same answer to this in differing degrees, but we know the investment required isn’t happening at scale, so the question becomes “Why?” I don’t believe the lack of investment is intentional, but as a wise man once told me, noble intentions on matters such as white privilege typically come to fruition through a combination of awareness, conscious responsibility, and an agent of change.

In my 15-year journey in this business, I can’t count how many times I’ve been ignored, counted out, excluded, and at times plainly discriminated against. I can confidently say that more than a few times the people who treated me this way may have done it without ever considering why, even if only to themselves. I was once told by several banking execs that my appearance makes people uncomfortable and they don’t understand my business or how I got the money. Discrimination shows itself in a number of different ways and this example illustrates how racism reveals itself today.

Building my business, I had to surround myself with as many strong black men and women as I could for one simple reason: they understood me and were comfortable around me. They didn’t judge me because of where I came from. They didn’t exclude me because of my past. They embraced my shortcomings and helped teach me how to leverage my strengths. When I was a rookie, they built me up, so when it was time to face the big hurdles, I was ready.

To this day, I thank God for the support they afforded me. There have been white people who assisted at key times as well, but honestly very few in the early days. There were many more in recent years, and I’m thankful for them because this is a lifelong journey it takes a village to create meaningful change.

Always pay respect to those that helped make it possible. @theegilkey @ldrs1354 #ifyouknowyouknow

The challenge ahead is how I use my platform to blaze a trail for the young black boys and girls who can benefit from having strong role models. There are kids with great parents, but not enough black faces in leadership roles for them to see as their guiding North Star. How do we level the playing field and empower black men and women to lead in our industry? How do we promote black entrepreneurship and help black businesses to forge the strategic partnerships they’ll need to succeed? How do we show we’re serious about creating a path for black boys and girls to flourish?

The answer to the first part is short and easy. Acknowledge the existence of white privilege in business and the world as a whole. This would be an opportunity to hold society and business to account, to think about the inequality that still exists and the barriers we have to climb as black men and women. From there, the majority has to be open and listen when people from the minority share their stories and experiences and be willing to engage in a two-way dialogue.

There has to be an understanding that most minorities don’t start out with the same opportunities as their majority counterparts, and that there aren’t many entrepreneurial or corporate leaders for them to connect with and learn from. Companies that benefit from the influence of minority cultures need to invest back into the communities they take revenue out of.

Within corporate America, we need unconscious bias training led by representatives from minority groups. We need pro-diversity hiring practices and programs, including hiring panels that include minorities. We need diverse representation in meeting rooms when evaluating existing employee talent in large and small organizations.

Finally, our biggest industries need to hold executives, leaders, and managers accountable for effecting change. As black people, we can’t escape the color of our skin, so my hope is that white people keep this in mind. The world will never see full equality. I’m too realistic to believe evil will cease to exist, but we can hold ourselves accountable and show a willingness to level the playing field with actionable plans that create the future leaders of our industry and support existing black entrepreneurs and businesses.

I’m here to help create solutions. Who wants to talk? 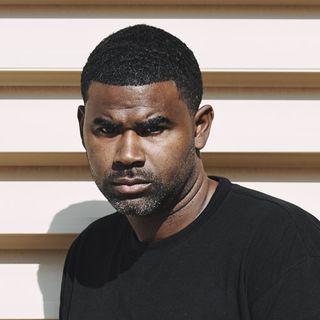 Words by James Whitner
Most Popular

Netflix Has Made Great Strides In Representation But Still Needs Work Behind the Scenes
LifestylesponsoredJuly 9, 2019