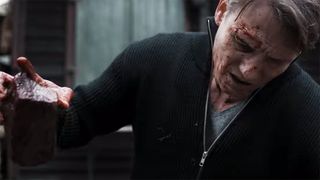 After announcing a second season in April, Netflix returns to give us a first look at the second season of Dark. Dark is German mystery-drama series centering around a gang of curious characters who each have a connection to the small German town of Winden and its troubled history.

This season of Dark will serve as the second in the trilogy, as it will premiere on Netflix later this month. The third season is expected to arrive in 2020.

The trailer for Dark season two highlights the occult priest Noah, played by Mark Waschke, and his efforts to usher in the apocalypse. We also see series protagonist Jonas (Louis Hofmann) as he is welcomed into a dystopian future.

Season two of Dark comes to Netflix on June 21. Will you be tuning in?