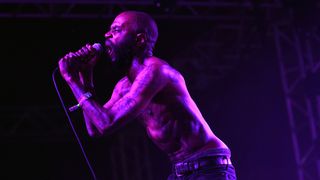 Death Grips dropped half an hour of unreleased music in a new mix titled Gmail and the restraining orders. The debut coincided with their appearance on NTS Radio on Friday evening as part of Warp Record’s takeover.

Death Grips aren’t the only ones sharing new music as part of the celebrations. Hudson Mohawke tweeted that he’d put together a lot of “unreleased music/songs ppl have been asking for hi quals of for literally years heh.”

I put together a mix of a lot of my unreleased music/songs ppl have been asking for hi quals of for literally years heh. Mix will be airing in the next 48 hours keep em peeeeeled ????????

SZA & Justin Timberlake Just Dropped a Song Together & You Can Listen To It Here
MusicsponsoredFebruary 26, 2020