This year’s World Cup felt different. Football had a moment this summer that surpassed the game and became a genuinely transcendent event. It was more than the average World Cup summer, more than the usual bombardment of information about the sport—it pervaded into everything, from the pop charts to the streetwear scene.

The worlds of fashion and football haven’t been this close in years and Diadora is right up among it. The Italian brand is paying homage to past footballing greats through a sneaker collaboration with Aberdeen’s HANON store and its new FW18 lifestyle collection of jerseys, track pants and tops, and sneakers.

The collab pays homage to a trio of footballing legends who, in the late ’80s and early ’90s, helped make football sexy and beautiful again playing in Italy’s top tier Serie A tournament. They each won football’s highest honor for professional players, the Pallone d’Oro, and all while wearing Diadora boots. The HANON x Diadora Pallone d’Oro collab and sneaker drop December 1 at HANON’s online store.

It’s within these decades of history-making matches and the rise of footballers as sex symbols that Diadora has found the essential fabric for its FW18 collection. Across jackets, sneakers, and sweatshirts, the brand has sewn in references to football’s rich history. MVB track jackets and trousers pull from the 1994 Diadora “advance” catalog worn by some of the sport’s biggest legends, while ’90s retro graphics come embroidered into vintage t-shirts, jersey sweats, and retro sneakers tap into terrace shoes and, most specifically, its ’80s core 3 evo line.

These collections continue to help mark Diadora’s 70th anniversary, alongside earlier collaborations this year that commemorate the label such as Highsnobiety’s own Berlin and New York-inspired collabs.

Utilizing the iconic and recognizable upper of the ’90s football boot, the Diadora Pallone d’Oro is handcrafted entirely in Italy and has been combined with an indoor football outsole. Gold print on the white premium leather heel tab features the Diadora logo and a small Italian flag, while the bespoke shoebox features the Diadora logo printed with the colors of the champion’s flags on top of a faded Diadora logo pattern, as well as gold laminate details that highlight the first letter and jersey number of each champion – MV9, RB10, and GW9. Accompanying this is the Aberdeen Anorak, inspired by the style of late-’80s football fans, with colors honoring the Scottish city of Aberdeen’s distinctively gray stone architecture.

But it isn’t surprising to see Diadora at the heart of the Football x Fashion moment. Britain will always be the birthplace of the game, but in the ’90s Italy was very much the undisputed home of international football. The nation had won the World Cup in 1982 and by the time they hosted the tournament in 1990, the domestic league, Serie A, was the dominant competition in the world. It had the best players — all but one of the Pallone d’Oro winners between 1982 and 1990 played in Serie A; it had the best supporters, and it had the best kits.

By 1996, Italy was so dominant, it was selling football back to the English — and the English were loving it. With top-tier English football, the Premiership, now locked behind a paywall, the only game in town for the majority of viewers was to be found on a program which aired for free on Channel Four, Football Italia. And Football Italia did something absolutely unthinkable in the early ’90s: it made football cool.

Of course, it helped that the product on the pitch in Italy was exceptional. Serie A was awash with great characters and great players, played in front of fanatical crowds and, as mentioned, played in generational kits. The images, in cheap technicolor, that were broadcast to the unassuming homes of Britain were spectacular: Roberto Baggio, ponytail bobbing as he meandered through tackles; van Basten, scoring volleys from unbelievable angles, each goal met by billowing red flare smoke from the Curva Sud; George Weah, in his iconic red Diadora boots, dribbling from one end to the other.

Diadora’s association with the glamour of the Italian game had been cemented by Baggio at their own World Cup in 1990. His goal against Czechoslovakia catapulted him to international stardom, dancing through defenders in that Azzurri Italy top. If you can’t remember it, it’s whatever Italy top you think of when you think of Italian shirts. They’ve been trying to find something as good as that one since. They haven’t managed it.

The Italian brand had actually been embedded in Serie A since before Baggio made his mark at Italia 90. The defining moment of the tournament that preceded it — and pretty much the defining goal — was scored in Diadoras, with Marco van Basten belting Holland to their first European Championship in 1988. He added two more in the 1989 European Cup Final for AC Milan and an assist that won the 1990 version too, as well as being named the premier player in the world for 1988, 1989 and 1992—and became one of the first megastars to have their own signature boot, the San Siro Van Basten.

With Football Italia in its pomp, Diadora would again place itself in the center stage. In arguably the defining goal of the Football Italia era, a whole new type of superstar emerged: George Weah, killing the ball dead in his own penalty area, before setting off on a run that battered Verona defenders from his path and ended with the ball in the net. Weah was the first African player to be named the best in the world (in 1995) and later won African player of the century, in the process becoming the first global African football superstar. And, of course, he did it in bright red Diadora boots, at a time when almost nobody wore boots in any color other than black. 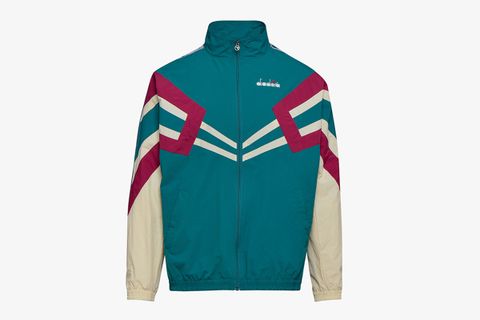 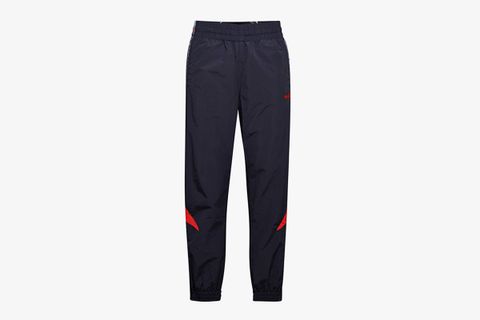 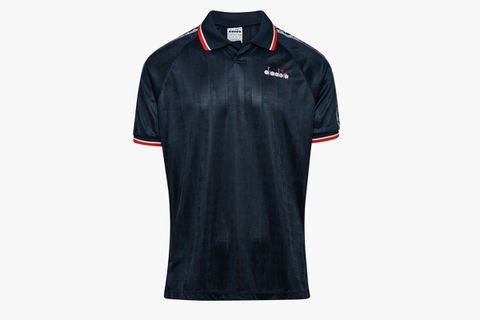 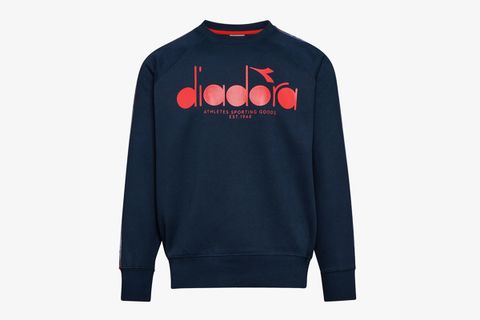 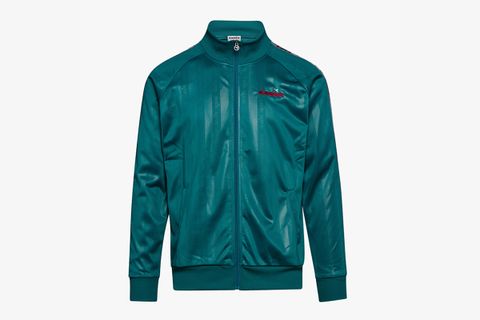 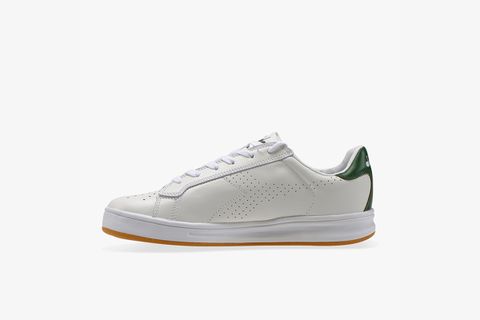 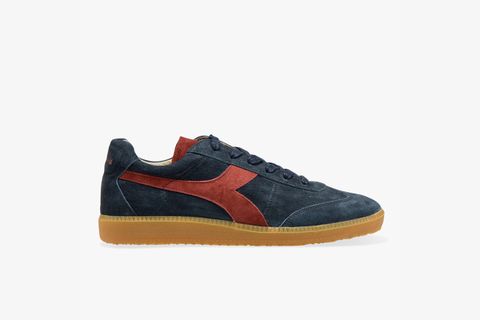 Diadora is paying homage to this golden era (and also doing it afresh) with both its FW18 collection that honors the looks and emotions of the era — both on the pitch and off — and the HANON x Diadora Pallone d’Oro sneaker.

Football’s Touchline Style Is the Best in All of Sports
StylesponsoredApril 9, 2020