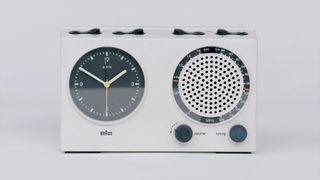 The legendary Dieter Rams is often considered as one the most influential designers alive, as Rams is renowned for his work with Braun and Vitsoe, designing some of the most iconic consumer products including coffee machines, juicers, calculators, radios, alarm clocks and more.

An intimate look at the career of the designer is spotlighted in a new documentary film from Gary Hustwit aptly dubbed, Rams. Hustwit examines Rams’s philosophy, design process, and inspirations through in-depth conversations, as Rams’s design contributions for over 50 years have left a permanent mark in the world. Additionally, the film explores questions of consumerism, materialism, and sustainability, and their significance on society today.

“You cannot understand good design if you do not understand people.” Rams expresses in the featured trailer above, and states that “simplicity is the key to brilliance,” in another teaser below.

Up next, here are 10 designers you need to know from NYCxDESIGN.

The Highsnobiety Holiday Gift Guide
What to Buy the Person Who Has Everything
SelectssponsoredDecember 5, 2019

National Forest is the Design Agency Reimagining What a Football Team Can Look Like
DesignsponsoredDecember 29, 2019