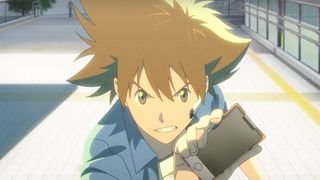 The final film in the original Digimon series, Digimon Adventure: Last Evolution Kizuna, is on the way and due out in early 2020. Here, we get our first look at the upcoming movie, as the teaser trailer was revealed at this year’s Anime Expo.

In the initial clip for Digimon Adventure: Last Evolution Kizuna we find protagonists Tai and Agumon gearing up for their last adventure, while Tai’s Digivice alerts them of a mysterious enemy, which is expected to cross over from the digital world to the real world.