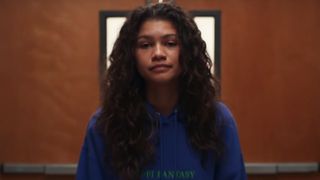 After it’s initial tease almost a year ago by Drake, the highly anticipated HBO series Euphoria finally has a release date. In a new teaser trailer released by the premium cable channel, Zendaya takes center stage of the 40-second visual as we get glimpses of the beautiful, dark, and twisted world of the A24 produced show.

“I promise you, if I could be a different person, I would,” Zendaya’s character narrates. “Not because I want it but because they do. But here’s the thing: One day I just showed up without a map or a compass, and at some point you have to make a choice — about who you are and what you want. And therein lies the catch.”

HBO’s post-Game of Thrones hit will be dropping this summer, June 16. Are you excited for Euphoria?