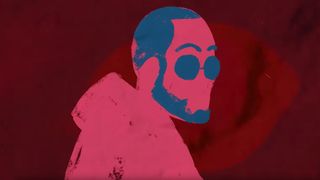 Free Nationals, best know as Anderson .Paak‘s band, has gifted us with a selection of collar-heavy singles ahead of their as-yet-untitled debut album. In June, the group released “Time,” a song featuring Kali Uchis and a posthumous verse from Mac Miller. This week the accompanying video dropped and it’s a melancholy animated dream.

The funky track is brought to life in colorful, dreamlike animations by the Sydney-based studio BABEKÜHL. The clip takes us on a trippy journey through space, in which colorful graphics of the artists perform and evolve constantly. Mac appears just short of the two-minute mark as a doodle to lay down his verse. At the end, he transforms into a dove and fittingly flies away. Watch the full video above.

Kaytranada Hits the Club With Kali Uchis for His “10%” Video
MusicsponsoredFebruary 4, 2020