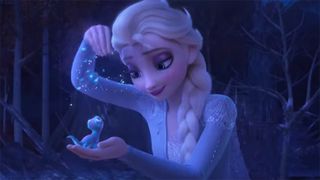 Disney is gearing up for the premiere of Frozen 2 later this fall, as the studio today shares the second official trailer for the anticipated animated movie.

Frozen 2 finds Elsa the Snow Queen and her sister Anna embarking on a new adventure with Kristoff, Olaf, and Sve as they venture far from the kingdom of Arendelle. In Frozen, Elsa feared that her powers were too much for the world to handle, but in Frozen 2, she merely hopes they are enough. The film touches on her past, including why she was born with magical powers, all while she journeys into the enchanted forests and dark seas beyond Arendelle.