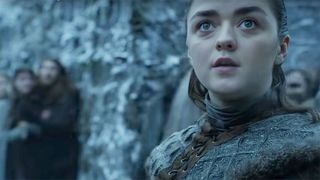 There’s a lot going down in HBO’s new compilation featuring clips from the network’s upcoming shows, including a look at the final season of Game of Thrones.

While the Thrones footage is very short, it packs quite a punch. Not only do you see Arya having her mind blown as dragons fly overhead, swooping above the Unsullied army as they march by, but there’s also a glimpse of Visceron — now an ice dragon — and the wall crumbling down once and for all. Daenerys, Jon Snow, the Night King, and Tormund Giantsbane all appear in the trailer.

Elsewhere, the teaser includes new looks at Big Little Lies, Watchmen, Deadwood, The Case Against Adnan Syed, and many others. Watch above.

Game of Thrones season eight is scheduled to premiere on HBO April 14, 2019.